The charges are part of an aggressive effort by U.S. authorities to block what they say are Chinese attempts to steal American scientific and technological advances. 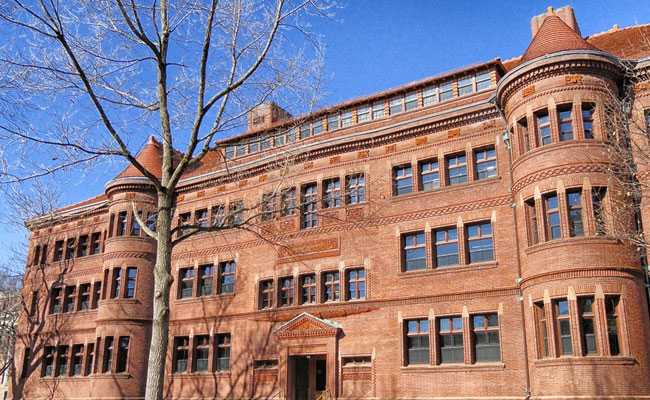 A Harvard University department chair and two Chinese nationals who were researchers at Boston University and a Boston hospital were charged on Tuesday with lying about their alleged links to the Chinese government.

The charges are part of an aggressive effort by US authorities to block what they say are Chinese attempts to steal American scientific and technological advances.

"This is a very carefully directed effort by the Chinese government to fill what it views as its own strategic gaps," Andrew Lelling, US Attorney for the District of Massachusetts, told a news conference.

Two Chinese researchers were charged with being agents of a foreign government. They were Yanqing Ye, a Boston University robotics researcher who prosecutors said lied about being in the Chinese army, and Zaosong Zheng, a cancer researcher at Beth Israel Deaconess Medical Center who was arrested last month allegedly trying to smuggle research samples out of the country.

Prosecutors said Ye is a lieutenant in the Chinese People's Liberation Army, which she did not disclose when she obtained a visa to enter the United States. She is accused of passing information on research conducted at Boston University to China's government.

Zheng was arrested last month at Boston's Logan International Airport as he tried to leave the United States with 21 vials containing sensitive biological samples. He planned to return to China to continue his research there, prosecutors allege.

Lieber, Ye and Zheng are the latest in a series of academics the United States has charged over their connections with China. In August, federal prosecutors charged a University of Kansas researcher for failing to disclose ties to a Chinese university.

Joe Bonavolonta, in charge of the FBI's Boston field office, said Lieber had received millions of dollars from the Chinese government and lied about it to federal investigators and officials at Harvard.

Prosecutors said Lieber made materially false, fictitious and fraudulent statements to the U.S. Department of Defense about his role in the Thousand Talents Plan, and to the National Institutes of Health about that role and also his affiliation with Wuhan University of Technology in China.

Lieber was charged with one count of making false statements to a U.S. government agency. Bonavolonta said investigators were trying to determine if anything other than money motivated his actions.

Harvard and Boston University said they were cooperating with investigators.

"The charges brought by the U.S. government against Professor Lieber are extremely serious," Harvard said in a statement.

Lieber was arrested on Tuesday. Efforts to reach him were unsuccessful.

Beth Israel officials did not respond to requests for comment, nor did China's embassy in Washington.

John Demers, assistant attorney general for national security, said U.S. universities need to increase their vigilance when it comes to connections to China.

"The Chinese government has made it a priority to develop its technological knowledge at American expense," Demers said.

He called on American universities to increase the transparency of their programs' funding sources and their professors' commitments, and to maintain physical and internet security over sensitive research.

The Justice Department said that since the beginning of 2018, it has brought charges in at least three dozen federal cases involving alleged economic, scientific and technological espionage connected to China.

The cases level charges against both American and Chinese nationals.