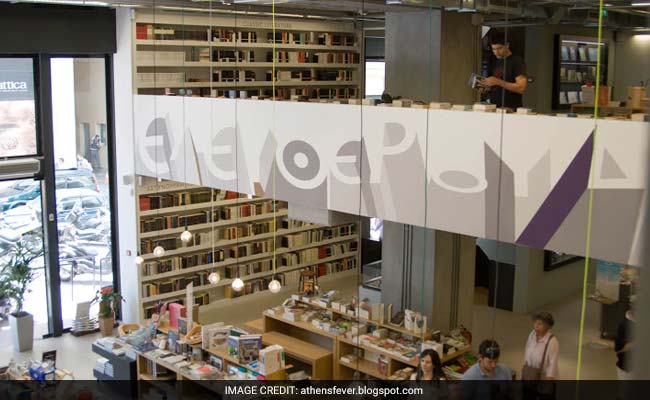 Eleftheroudakis, will be closed on September 30 due to the seven-year debt crisis.

Athens: The largest bookstore in Greece with 118 years of history, Eleftheroudakis, will be closed on September 30 due to the seven-year debt crisis.

The bookshop chain's central store, spreading over eight floors in a central Athens avenue close to the parliament, was the last bookstore still operating following the closure of more than two dozen branches in recent years, Xinhua news agency quoted the owners as saying on Thursday.

The chain started as a family business in 1898 with a bookstore on Syntagma square. The Panepistimiou avenue flagship was opened in 1995.

"Friday, September 30, 2016 marks an end and also a new beginning. We are closing our bookstore and we are thinking outside the box," the Elefteroudakis family statement read.

"We are preparing our next 'bookshop', but we will not do it as long as there is not a positive and stable business environment in our country," said the press release.

The last store's manager Sofia Eleftheroudakis explained that the capital controls introduced in Greece last year was the last severe blow to the family business, as well as to several other enterprises in the country.

Eleftheroudakis had a 24 million euros turnover in 2008 and about half a million last year, according to the family. The number of employees was gradually reduced from 130 to ten in the same period.

Regarding the new beginning in the future, Sofia Eleftheroudakis said the family would focus on online sales.

In 2013, another historic bookstore, Estia, closed in Athens after 128 years in operation.

Since 2008, more than 400 small bookshops and larger chains have closed, according to the Association of Greek Books. About 1, 500 bookstores are struggling to survive as sales and revenues have dramatically declined in the years of the crisis.

In 2008, the turnover of the market stood at 250 million euros. Last year it was estimated at less than 150 million euros. Despite the reduction of retail prices, sales have shrunk by 50 per cent as the purchasing power of booklovers has decreased due to austerity.

Promoted
Listen to the latest songs, only on JioSaavn.com
The statement on Eleftheroudakis bookstore closure came a few hours after Irina Bokova, Unesco's director-general, announced on Wednesday that Athens would be the World Book Capital for 2018.

Athens is the 18th city to be named the World Book Capital by Unesco, undertaking the responsibility to organise a series of events to promote books and reading activities over the year.