Grannies In Running Shoes Are Delivering Ramen For Uber In Japan

While most workers deliver using a bicycle or scooter, seniors in search of exercise are doing it on foot, Uber Chief Executive Officer Dara Khosrowshahi said. 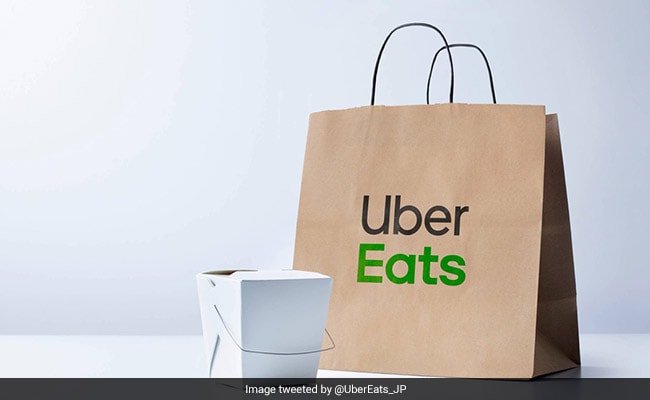 Building up Uber Eats could be the company's best chance, for now, to capture revenue in Japan.

Uber's strategy for Japan, where ride-sharing is banned, is as unique as the country itself - think grandma in running shoes delivering ramen noodles.

Chief Executive Officer Dara Khosrowshahi was in the country last week to stress the importance of the market, where the San Francisco-based company has built a growing food-delivery business but kept rides limited to black-car hires and taxi dispatches. The archipelago is also home to Uber's biggest shareholder, SoftBank Group Corp., and where he's planning to boost staff in the coming year.

"The elderly are actually signing up for Eats couriers," Khosrowshahi told Bloomberg News. "Eats has been a huge success for us in Japan. It is going to be a very effective introduction to the Uber brand."

Building up Uber Eats could be the company's best chance, for now, to capture revenue in the world's third-largest economy. More than 10,000 restaurants and 15,000 couriers are part of a delivery network spanning 10 Japanese cities, according to the CEO. That puts the service within reach of about 15% of the population, compared with 70% in the U.S., leaving plenty of room to grow, he said.

With an unemployment rate of 2.4%, near quarter-century lows, Japan's labor market is tight. The population is aging; adult diapers outsell baby diapers. Seniors are tapping into food delivery to find jobs, in addition to getting hot meals delivered to their doors.

While most workers deliver using a bicycle or scooter, seniors in search of exercise are doing it on foot, Khosrowshahi said. "This is one area unique to Japan, and we are looking if we can expand to the rest of the world," the CEO said.

To support its Eats business, as well as its nascent efforts to offer dispatch services for taxi companies, Uber is planning to increase full-time staffing in Japan by more than 30% over the next year from about 100 now, in areas such as account management, sales and local operations. Even at that pace, that's still a tiny proportion of Uber's global headcount of 22,000.

Given Japan's strict regulations against ride-sharing, Uber has chosen to work with regulators. It rolled out a pilot program in 2016 to provide rides to seniors in the small coastal town of Tangocho, where an aging population was left with dwindling public transport services.

Last year, Uber pivoted to partnerships with local taxi companies. It now has deals with eight cab companies in as many cities, including popular tourist destinations Kyoto, Osaka and Hiroshima. Sony Corp., startup Japan Taxi and China's Didi Chuxing are among those that have rolled out competing taxi-hailing apps, seeking to make it easier for consumers to hail rides and get to their destinations. Uber Black, the car-hire service, is currently available only in Tokyo.

"It will take time, but we like what we see in terms of the potential of the market," Khosrowshahi said. "The innovations that we are going to make in taxi here are going to carry around the world."

The CEO also took time during his Tokyo visit to meet with SoftBank's Masayoshi Son, who has built a stake of 13% in Uber, worth about $9.8 billion. The conversation focused on the ride-hailing giant's blueprint for growth during the meeting.

"If I'm in Japan, you can bet that I'm going to see Masa," Khosrowshahi said. "Masa is really focused on where we are taking our business three years and beyond from now."

Son is in the process of raising money for a second $100 billion Vision Fund; one question is what assets he might seek to sell to finance SoftBank's portion of another investment fund. Son raised $28 billion for the first fund, in part, by selling down his lucrative stake in Alibaba Group Holding Ltd.

While Khosrowshahi declined to detail what he and Son discussed, the take-away is that SoftBank's commitment to Uber is for the long term. Takeaki Nukii, a spokesman for SoftBank, couldn't immediately comment on the subject.

"Masa and I, we talk about growth," Khosrowshahi said. "We don't talk about exit."

(This story has not been edited by NDTV staff and is auto-generated from a syndicated feed.)
Comments
UberUber EatsJapan