DOJ attorney Kenneth Dintzer didn't disclose how much Google spends to be the default search engine on most browsers and all US mobile phones, but described the payments as "enormous numbers." 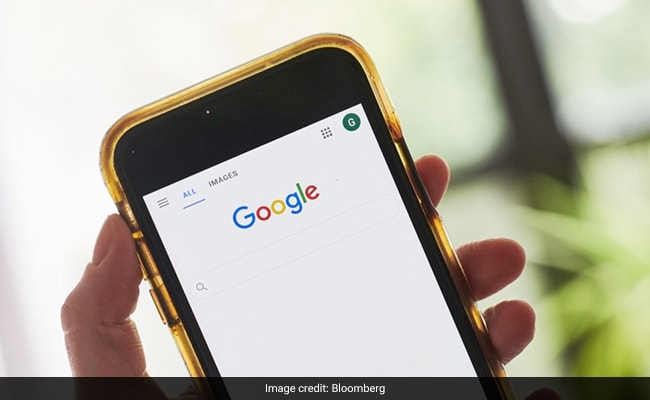 Alphabet Inc.'s Google pays billions of dollars each year to Apple Inc., Samsung Electronics Co. and other telecom giants to illegally maintain its spot as the No. 1 search engine, the US Justice Department told a federal judge Thursday.

DOJ attorney Kenneth Dintzer didn't disclose how much Google spends to be the default search engine on most browsers and all US mobile phones, but described the payments as "enormous numbers."

"Google invests billions in defaults, knowing people won't change them," Dintzer told Judge Amit Mehta during a hearing in Washington that marked the first major face-off in the case and drew top DOJ antitrust officials and Nebraska's attorney general among the spectators. "They are buying default exclusivity because defaults matter a lot."

Google's contracts form the basis of the DOJ's landmark antitrust lawsuit, which alleges the company has sought to maintain its online search monopoly in violation of antitrust laws. State attorneys general are pursuing a parallel antitrust suit against the search giant, also pending before Mehta.

A trial isn't expected to start formally until next year, but Thursday's hearing was the first substantive one in the case - a daylong tutorial where each side laid out its views on Google's business.

The Google antitrust suit, filed in the waning days of the Trump administration, was the federal government's first major effort to rein in the power of the tech giants, which continues under President Joe Biden. The White House Thursday hosted a roundtable with experts to explore the harm major tech platforms can wreak on the economy and children's health.

Google's attorney John Schmidtlein said the DOJ and states misunderstand the market and focus too narrowly on smaller search engine rivals like Microsoft Corp.'s Bing and DuckDuckGo. Instead, Google faces competition from dozens of other companies, he said, including ByteDance Ltd.'s TikTok, Meta Platforms Inc., Amazon.com Inc., Grubhub Inc. and additional sites sites where consumers go to search for information.

Having fresh data on user search queries is key to a search engine's success, lawyers for DOJ, the states and Google all agreed. Google controls the most popular browser, Chrome, and the second-most popular mobile operating system, Android.

In his presentation, DOJ's Dintzer focused on the mechanics of Google's search engine and how its default contracts have hemmed in potential rivals. On mobile, Google contracts with Apple, smartphone makers like Samsung and Motorola Solutions Inc., most browsers and the three US telecom carriers -- AT&T Inc., Verizon Communications Inc. and T-Mobile US Inc. -- to ensure its search engine is set as the default and comes preinstalled on new phones, Dintzer said.

Microsoft's search engine, Bing, is the default on the company's Edge browser and Amazon's Fire tablets, he said.

Google's contracts make it the "gateway" by which most people find websites on the internet, which has allowed it to prevent rivals from gaining the scale that would be needed to challenge its search engine, Dintzer said.

Google's Schmidtlein said the company has contracted with Apple and browsers like Mozilla since the early 2000s. DOJ and the states haven't explained why those deals are now problems, he said. The revenue-sharing deals that Google offers to browsers are essential to companies like Mozilla Corp., he said, because they offer their products to users for free.

"The reason they partner with Google isn't because they had to; it's because they want to," Schmidtlein said. The company "had extraordinary success and was doing something incredibly valuable. Competition on the merits is not unlawful."