To play the game, users can go to google.com and click "Insert Coin". 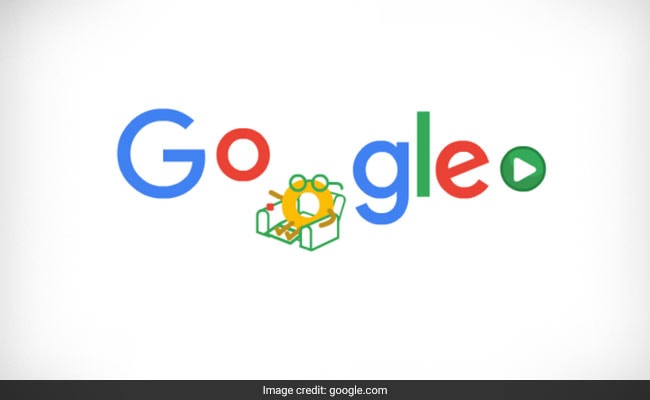 Google Doodle marks the 40th anniversary of PAC-MAN this year.

Google is running its 'Stay and Play at Home with Popular Past Doodles' initiative for people across the globe.

Today's Google Doodle game is a maze chase video game -- PAC-MAN -- that will keep people entertained in their homes amid the coronavirus lockdown. Google Doodle marks the 40th anniversary of PAC-MAN this year.

A monster-eating game PAC-MAN was developed and released in 1980 and proved a big hit in Japan and internationally, prompting the Guinness Book of World Records to name it as the world's most successful arcade game at the time.

To play the game, users can go to google.com and click "Insert Coin". Once the game begins use arrow keys or swipe your finger to control PAC-MAN on a custom board in the shape of the word Google.

The objective of the game is to eat all of the dots placed in the maze while avoiding four ghosts -- Blinky (red), Pinky (pink), Inky (cyan), and Clyde (orange).

The four ghosts are known for their have their distinct features. Blinky directly chases PAC-MAN, Pinky and Inky try to position themselves in front of PAC-MAN, and Clyde tries to switch between chasing PAC-MAN as well as fleeing from him. Players can also see large flashing "energizers", or "power pellets" that are placed at the four corners of the maze.

As the player progresses the game increases in difficulty and the fruit icon at the bottom of the screen indicate the game level.

Players can see two large "warp tunnels", on the side of the maze, which allow PAC-MAN and the ghosts to travel to the opposite side of the screen. The ghosts become slower while entering and exiting the tunnels.