'Global Warming Is For Real', A Research Station In Europe Proves

Researchers confirmed that Aletsch glacier, which is the longest glacier in the Alps, is deteriorating in the past hundred years and is basically melting by about 2.5 km.

Researchers are conducting the study at the High Altitude Research Station in Jungfraujoch.

Jungfraujoch: US President Donald Trump may deny evidences of climate change but NDTV spoke to a group of top Scientists, at what is literally the top of Europe, who are furious with the US decision to pull out of the Paris Climate Change Agreement.

Dr Tesfaye Berhanu, a researcher of the climate and environmental Physics at the University of Bern, who is conducting a study at the High Altitude Research Station in Jungfraujoch said: ''The action by the US government to pull out of the Paris agreement is totally a denial of what is actually happening. The changes in the atmosphere are very evident. To give an example from the glacier records, we can see that the Aletsch glacier, which is the longest glacier in the Alps has deteriorated drastically in the past hundred years and is melting by about 2.5 km."

"The US decision left us shocked because this was the first time governments of different countries came to an agreement on climate change. It was really sad news for the climate science research community and all outside inhabitants," he added. 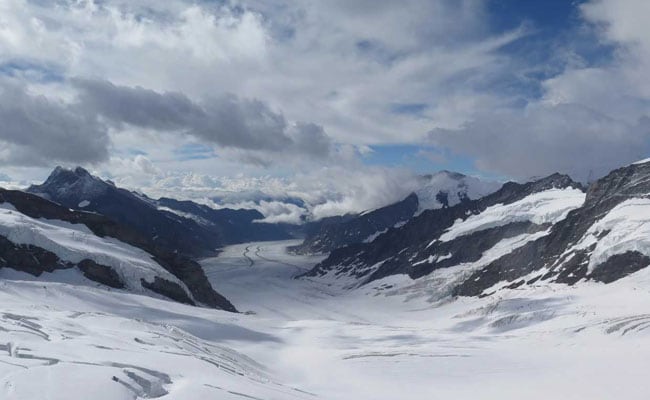 Aletsch glacier, which is the longest glacier in the Alps, is melting by about 2.5 km.

Jungfraujoch is the highest railway station in Europe standing tall at 11,332 feet.

At this station is a network of laboratories that is contributing to ground breaking research emanating from all across the world. It has been providing evidence of global warming and climate change since its existence, almost over 100 years ago.

The research station has been studying the varying amount of Co2 in the air for the past 31 years and determined that the world exceeded the global limit of Co2 in 2015 itself.

The research here is contributing to at least 20 different projects around the world. The focus on pollution is a key aspect of the research.

Mr Urs Otz, the Custodian and Facility Manager at the research station explained how pollution is measured, by showing us how air filters change colours from white to black because of pollution, even at a place like Switzerland.

"700 litres of air per minute is passed through these air filters. In 24 hours, a white air filter in Bern, the Capital of Switzerland turns black. And 700 litres is the amount you breathe in 24 hours. This happens in Bern so imagine what is happening in New Delhi," he said.

Last year, Delhi topped the list of the most polluted cities in the world.

700 litres is the amount we breathe in 24 hours. If this happens in Bern, imagine what is happening in New Delhi, is the question these researchers pose.
Comments
global warmingresearchClimate change