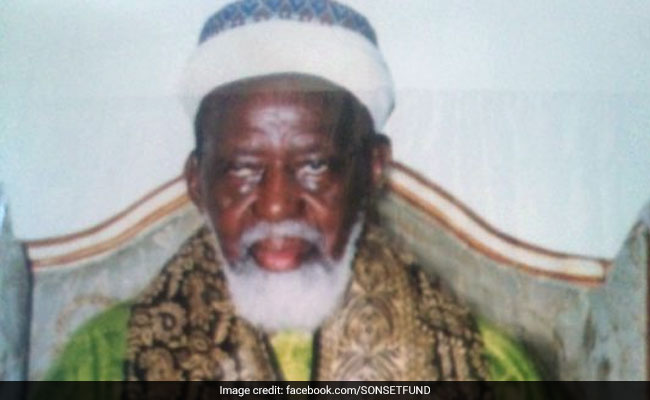 Wielding clubs and machetes, they attacked a security guard at the entrance to the Glorious Word and Power Ministry church then began hurling stones at its windows and smashing up the musical instruments and furniture inside.

Sheikh Sharubutu condemned the violence and called for calm.

"Ghana has gained respect in the eyes of the world because of the peaceful co-existence between Christians and Muslims. We're all brothers and nothing must divide us," Sheikh Sharubutu told AFP at his residence in Accra.

"We must all restrain ourselves and pray for life. Ghana is all we have. Religion is supposed to unite us and not divide us," he said, speaking through an interpreter.

The Ghana Pentecostal and Charismatic Council, which is the umbrella body supervising charismatic churches, has raised red flags over the prophecy.

"It is the Council's considered opinion that prophecies that concern individuals must be given to such individuals personally and privately in order not to create fear and panic in the entire nation," said council president Reverend Paul Frimpong-Manso in a statement.

"It must be noted that whatever affects national figures, such as those whose deaths have been predicted has the potential to affect the stability of the entire nation," he added, saying that all member churches would rally against the prophecy.

"We call upon our over 200 member churches to fast and pray to avert any such disaster."

More than 70 percent of the population in the West African country identify as Christian, while fewer than 20 percent identify themselves as Muslims, according to the last census in 2010.