The strike halted all high-speed ICE trains and other inter-city services and its ripple effects were expected to continue well into the afternoon. 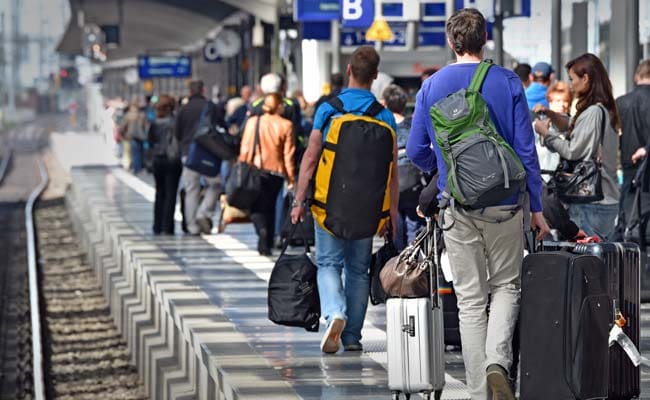 The strike came after talks broke down between the DB and the EVG railworkers' union. (file)

Germany was plunged into transport chaos today as most train services were halted by a railworkers' strike over pay, affecting millions of passengers.

Inter-city and regional services as well as many urban commuter trains were cancelled throughout Europe's biggest economy by the four-hour stoppage from 5:00 am (0400 GMT), Deutsche Bahn (DB) said.

The strike halted all high-speed ICE trains and other inter-city services as well as most cargo trains, and its ripple effects and delays were expected to continue well into the afternoon.

In the capital Berlin, where additionally the entire public announcement system broke down, frustrated commuters were asked to switch from S-Bahn commuter trains operated by DB to subways, buses or trams.

The strike came after talks broke down Saturday between the DB and the EVG railworkers' union, which is demanding a 7.5 percent salary rise for 160,000 employees.

"The employer made offers which did not correspond to the demands of our members," said EVG negotiator Regina Rusch-Ziemba.

DB shot back and described the strike as a "completely unnecessary escalation", insisting its offer was "attractive and met the main demands" of employees.

DB had offered a pay rise of 5.1 percent in two phases, with an option for staff to take extra time off instead, and a one-off payment of 500 euros ($570), the DPA national news agency reported.

Deutsche Bahn in a tweet also denied it had broken off the negotiations, charging that "the EVG left the talks and went on strike".

"DB remains ready to continue the negotiations at any time. There is an open invitation for today."

The strike also impacted DB customer services offices, meaning that in many stations passengers were left without information over loudspeakers or display boards.

DB said that purchased tickets would remain valid until next Sunday or could be refunded and urged passengers to delay travel where possible.

It also called on the union which threatened follow-up strikes if necessary to return to the negotiating table quickly.

A DB spokeswoman said: "Parties that negotiate must be prepared to make concessions. DB has asked the EVG to continue the talks this afternoon."