Greta Thunberg is known for castigating world leaders for inaction on climate change but confronted with nationwide protests in the U.S. and the coronavirus pandemic, she has widened her message. 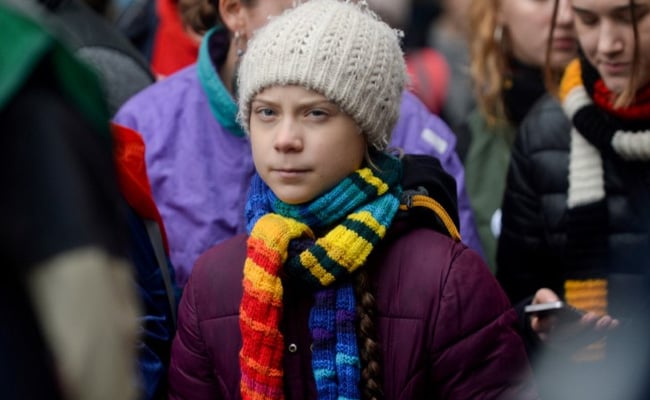 The US struggle for racial justice after the police killing of George Floyd is part of the fight against climate change and for social justice that unites us all, teenage climate activist Greta Thunberg said on Friday.

"We need to stand united and remember that the fight for social justice, environmental justice, racial justice and climate justice is the same fight," Thunberg said, when asked by reporters about any connection between her school strike movement and U.S. protests against racism.

The 17-year-old Swede is known for castigating world leaders for inaction on climate change but confronted with nationwide protests in the U.S. and the coronavirus pandemic, she has widened her message.

Thunberg was speaking during the launch of a crowdfunding campaign to buy medical supplies and provide telemedicine services to residents in Brazil's Amazon rainforest, where a lack of robust health services has made the disease devastating.

She said Brazilian President Jair Bolsonaro had failed in managing the crisis. On Thursday night, Brazil's Health Ministry reported 1,437 deaths from coronavirus in the last 24 hours, bringing the total to more than 34,000 and surpassing Italy to become the country with the third-most deaths worldwide.

"The Bolsonaro government has definitely failed in tackling the coronavirus pandemic as many other governments have also done," Thunberg said on a video conference with journalists.

Bolsonaro has fiercely criticized measures to shut down non-essential businesses and keep residents indoors to slow the spread of the novel coronavirus, saying the economic damage being done is worse than the health risk itself.

Governments around the world, including Brazil, have "failed to save lives and because of that we have seen many deaths that could have been prevented," Thunberg said.