"Gaslighting" Is Merriam-Webster's 2022 Word Of The Year

According to Merriam-Webster, searches for the word "gaslighting" on its website saw a 1740% increase in 2022 "with high interest throughout the year". 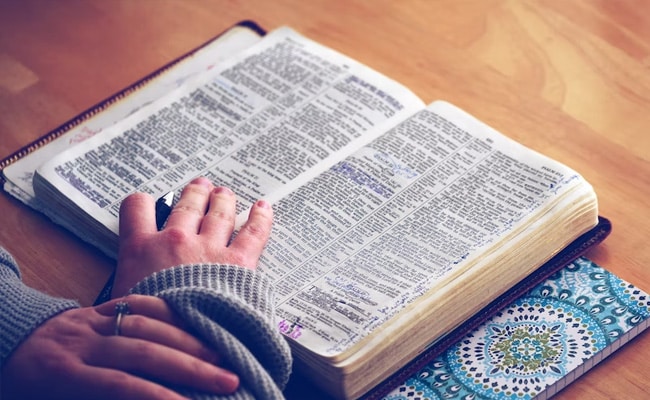 The word was first used 80 years ago in a 1938 play titled "Gas Light" by Patrick Hamilton.

American dictionary publisher Merriam-Webster has named "gaslighting" as its word of the year for 2022.

The official definition for "gaslighting," according to Merriam-Webster is "psychological manipulation of a person usually over an extended period of time that causes the victim to question the validity of their own thoughts, perception of reality, or memories and typically leads to confusion, loss of confidence and self-esteem, uncertainty of one's emotional or mental stability, and a dependency on the perpetrator."

According to Merriam-Webster, searches for the word "gaslighting" on its website saw a 1740% increase in 2022 "with high interest throughout the year".

The word was first used 80 years ago in a 1938 play titled "Gas Light" by Patrick Hamilton.

"Its origins are colorful: the term comes from the title of a 1938 play and the movie based on that play, the plot of which involves a man attempting to make his wife believe that she is going insane," Merriam-Webster said in a statement. "His mysterious activities in the attic cause the house's gas lights to dim, but he insists to his wife that the lights are not dimming and that she can't trust her own perceptions."

"It's a word that has risen so quickly in the English language, and especially in the last four years, that it actually came as a surprise to me and to many of us," said Peter Sokolowski, editor-at-large of Merriam-Webster, as quoted by news agency Associated Press.

Other top searches in 2022 were "sentient", "omicron" and "queen consort".

Meanwhile, the word "Metaverse" has been shortlisted for Oxford's 2022 word of the year. According to the Oxford University Press, Metaverse is a "virtual reality environment in which users can interact with one another's avatar in an immersive way."

Voting for Oxford's word of the year closes on December 2, and the result will be declared on December 5.