Metaverse In Race To Become 2022's Oxford Word Of The Year

'Metaverse' has been shortlisted for the Oxford Word of The Year 2022 and for the first time people can vote for it. 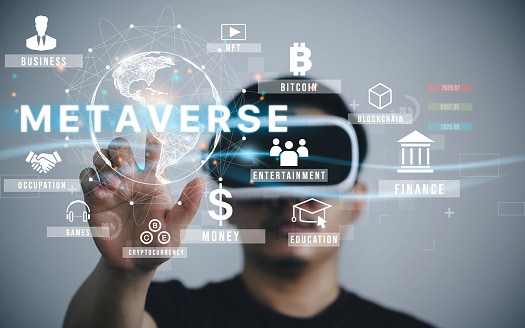 'Metaverse' shortlisted for the Oxford Word of The Year 2022

For the very first time, people can vote for their favourite word, with 'Metaverse' shortlisted for the Oxford Word of The Year 2022.

According to the Oxford University Press, Metaverse is a "virtual reality environment in which users can interact with one another's avatar in an immersive way."

The global publishing giant has also noted a four-fold rise in its usage in October 2022 compared to last year's period.

Originally coined by American writer Neal Stephenson in his 1992 science fiction novel 'Snow Crash', the metaverse has captured people's imagination as a technological marvel that can be utilised in diverse sectors of the economy.

Metaverse, for the unversed, can be used across different sectors, including gaming, tourism, education, real estate etc.

According to a new Deloitte report, awareness about metaverse in India is at 80 per cent - higher than the world average.

The report adds that the metaverse can potentially add $78-$148 billion annually to India's economy by 2035.

"90% Of Jobs In India Given By Unorganised Sector": Ex Bengal Minister Amit Mitra