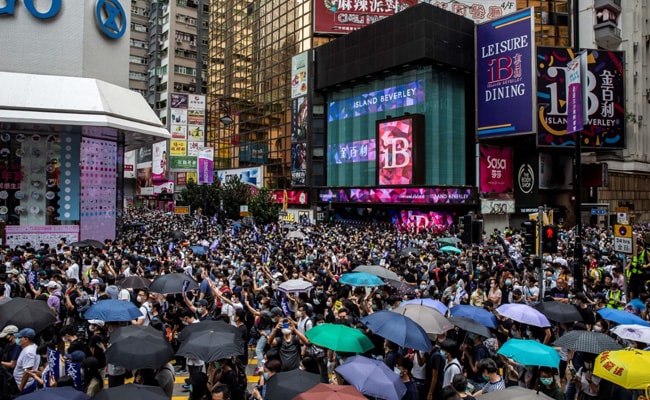 Group of Seven foreign ministers on Wednesday urged China to reconsider its proposed security law for Hong Kong, in a statement in the midst of top-level US-China talks.

"We strongly urge the Government of China to reconsider this decision," the G7 ministers said in a statement shortly before Secretary of State Mike Pompeo was due to open talks with senior Chinese official Yang Jiechi in Hawaii.

They said they had "grave concerns" about the law which China has vowed to draft for Hong Kong, which was promised autonomy by Beijing before Britain handed over the financial hub in 1997.

The security law would ban subversion and other perceived offenses in the city, which saw major pro-democracy protests last year.

"China's decision is not in conformity with the Hong Kong Basic Law and its international commitments under the principles of the legally binding, UN-registered Sino-British Joint Declaration," the joint statement said.

"We are also extremely concerned that this action would curtail and threaten the fundamental rights and freedoms of all the population protected by the rule of law and the existence of an independent justice system," it said.