Applaud erupted in the courtroom after a jury handed him a suspended five-year sentence for Bertin, who smiled with relief. He had arrived in court with a bag stuffed with personal items in case he was sent directly to prison. 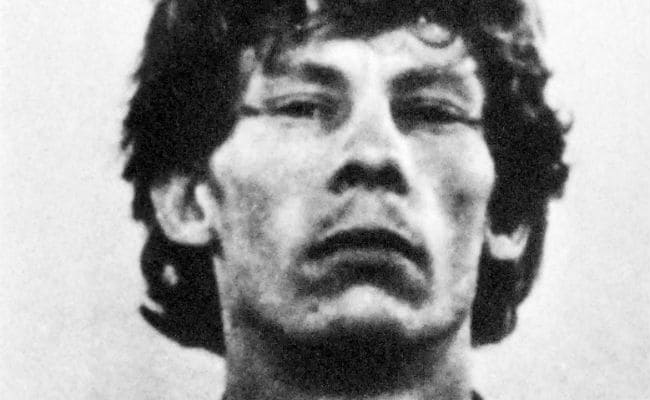 Gilles Bertin had turned himself in 2016, saying he was tired of living a life of nervous suspicion

Toulouse, France: Thirty years ago a pioneer of the French punk scene helped rob an armoured truck depot in Toulouse, making off with the equivalent of nearly three million euros before dropping out of sight and eventually being declared dead.

But on Thursday Gilles Bertin, the only one of the dozen thieves to elude police after the meticulously planned heist, was finally sentenced, though he won't be going behind bars.

Applaud erupted in the courtroom after a jury handed him a suspended five-year sentence for Bertin, who smiled with relief. He had arrived in court with a bag stuffed with personal items in case he was sent directly to prison.

"I needed to pay my debt, I no longer had the choice," he told the court.

His trial wasn't the result of authorities finally catching up with him -- Bertin had turned himself in late in 2016, saying he was tired of living a life of nervous suspicion and lies.

The spectacular April 1988 robbery was carried out while Bertin was the fiery  lead singer of punk group Camera Silens, one of the vanguard of rock bands that emerged in the southwest city of Bordeaux in the 1980s, which included later stars like Noir Desir.

The former heroin addict did at one point spend months in prison for trying to rob a judge's house after falling in with a group of thieves.

He eventually kicked the drug habit, only to replace it with the thrill of robberies.

"More than the money, it was the adrenaline I was after most," he told French daily Le Monde in a recent interview.

He and his accomplices spent over a year planning the early morning attack on a Brink's depot, kidnapping the night before an employee who disabled the security system while also kidnapping two others by dressing up as police.

"For disguises we bought two old uniforms at the Saint-Ouen flea market (near Paris) and we painted them blue," Bertin told the paper.

The gang even called the local newspaper afterwards to brag about their coup, which they pulled off without firing a shot.

They ended up with 11.75 million francs, the equivalent of nearly 2.9 million euros ($3.4 million) today. Though Bertin's accomplices were caught, hardly any of the money was ever recovered.

Bertin crossed the border into Spain and tried to get his partner Nathalie and their son Loris to join him in Barcelona, but the police were on their tail and Bertin fled.

It was the last time he saw Nathalie, who died of AIDS in 1994 and, while later running a record shop in Portugal, Bertin would learn that he too had the disease.

He eventually losed his left eye to an infection during treatment.

Calling himself Didier Ballet, he later moved to the outskirts of Barcelona where he and his new partner, Cecelia, took over her parent's cafe.

In the meantime a court had sentenced him in absentia in 2004 to 10 years in prison.

In 2010 French authorities declared him dead.

Bertin had expected them to jail him immediately after crossing the border by foot in November 2016 and taking a train to Toulouse, but a judge ruled he could remain free ahead of his trial.

In the meantime he reunited with his first son, now 31, as well as a sister -- both his parents died while he was on the run.

"He could have waited quietly for the statute of limitations to run out" in 2024, his lawyer Christian Etelin said.

"But lying about his history had become unbearable. He has decided to live in the open."

(This story has not been edited by NDTV staff and is auto-generated from a syndicated feed.)
Comments
BordeauxFrench