France Must Do "Much Better" On Covid Vaccinations: PM

"We're vaccinating 200,000 people a day" with an initial jab, Jean Castex said during a visit to the Landes department of southwest France, where the more contagious Delta variant of the virus now accounts for 70% of all new cases. 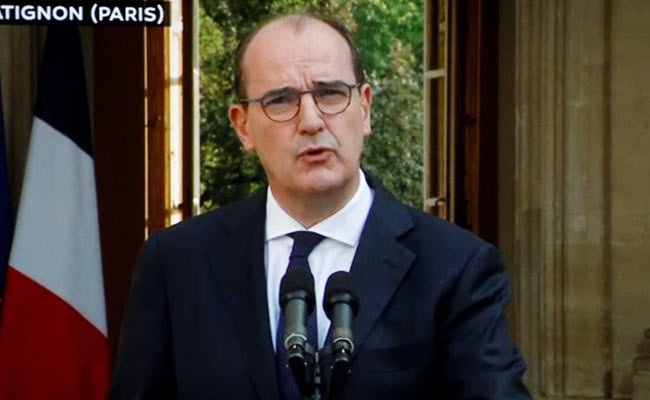 The French Government wants 35 million people to be completely vaccinated by August. (File)

Prime Minister Jean Castex on Thursday urged more French to get their first Covid vaccine dose, acknowledging that fewer people are signing up for slots as the summer holidays approach.

"We're vaccinating 200,000 people a day" with an initial jab, Castex said during a visit to the Landes department of southwest France, where the more contagious Delta variant of the virus now accounts for 70 percent of all new cases.

The government wants 35 million people to be completely vaccinated with the two doses by end-August, or more than half of the French population, up from the current 28 percent.

Castex also issued a "solemn appeal" to health workers in particular to get the jab, as many are refusing despite their proximity to vulnerable patients or pensioners in retirement homes.

So far the government has ruled out making vaccinations mandatory for health workers.

"It's imperative that all care workers and retirement home staff be vaccinated, let's say between now and end-August," Castex said.

"If not, we will obviously have to do what's necessary," he said, though he declined to specify if the vaccines would be required for them to continue working.

He also announced stepped-up testings and vaccinations in the Landes over the next seven days to curb the spike in Delta variant cases.

Castex also said regional authorities might have to delay the next phase of eased social distancing restrictions set for July 1, including a lifting of capacity limits for most indoor spaces and for outdoor concerts or sporting events.

Nationwide the Delta variant now accounts for around 10 percent of all new cases, up from just two to four percent last week.