4 Years After Nuclear Disaster, Fukushima Workers Get Own Rest Area 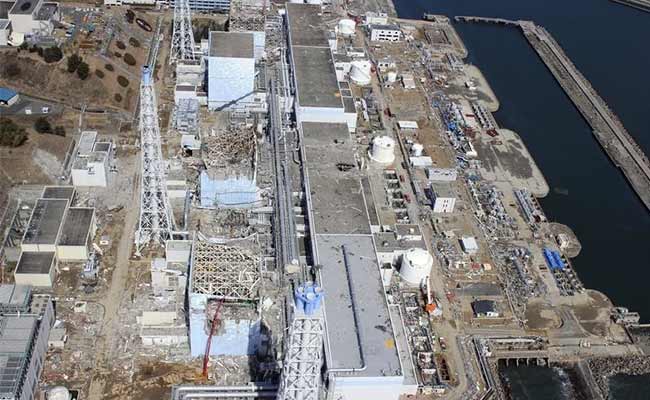 OKUMA: Tokyo Electric Power Company the utility that runs the destroyed Fukushima nuclear plant, has opened a rest area and canteen for cleanup workers, more than four years after the world's worst nuclear disaster since Chernobyl.

The centre, on the western edge of the power station, opened on Sunday, replacing pre-fabricated facilities used by workers since an earthquake and tsunami triggered multiple meltdowns on March 11, 2011, forcing more than 160,000 residents to flee from nearby towns.

It will serve up to 3,000 meals a day and provide rest space for around 1,200 workers, Tokyo Electric said during a press tour today. Contractors on breaks from their work ate curries, noodles and rice bowls in the large canteen.

"The old areas were unclean. People ate rice or bread as they walked around or when sitting in corridors," said contractor Masahiro Miyura. "This place is better."

Tokyo Electric has been widely criticised for its treatment of workers and handling of the cleanup, which is expected to take decades. A Reuters investigation in 2013 found widespread labour abuses, including workers who said their pay was skimmed and spoke of scant scrutiny of working conditions at the plant.

Hundreds of bags of radioactive debris are stored in nearby fields, while the government seeks to establish a storage site in the shadow of the plant and in the face of local opposition.

There have been two fatal accidents at the plant since March last year, including a contractor who died after falling into a water storage tank in January.

Data released by the company in April showed the number of accidents and cases of heat stroke involving Fukushima workers doubled to 64 in 2014. Figures for the year to date have not been released.

Tokyo Electric has repeatedly promised to improve conditions for workers, who in the immediate aftermath of the 2011 disaster lacked sufficient radiation suits and accommodation.

"We have taken various steps to cut accidents, including Tokyo Electric itself working more with contractors on the ground," Akira Ono, Fukushima plant manager, told Reuters.

Almost 7,000 workers, provided by around 800 mostly small contractors, are involved in decontaminating and decommissioning the plant.

Japan began encouraging residents to return to homes 20 km (12 miles) from the plant last year, but many residents have mixed feelings about returning to abandoned towns.
© Thomson Reuters 2015