Founder Of Daewoo, Once Symbol Of South Korea's Manufacturing, Dies At 83

Kim began as a fabric salesman who invested about $5,000 in a textiles company to start Daewoo in 1967. 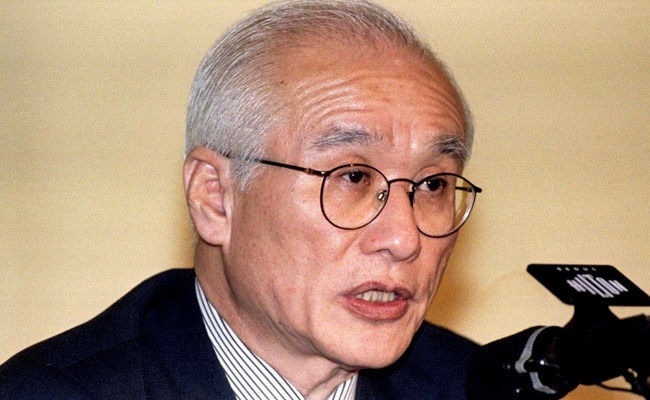 The founder of the defunct Daewoo Group, Kim Woo-choong, has died after watching the conglomerate he built into a symbol of South Korea's manufacturing prowess become one of its biggest corporate failures, crushed by debt.

Kim, who died on Monday at 83 after battling chronic illness, had led what was once the nation's second-largest conglomerate, symbolising South Korea's meteoric rise from the ashes of the 1950-1953 Korean War.

"We have never forgotten his expansive vision that if we get out of this small land, there is hope in the world," said Huh Chang-soo, chairman of conglomerate GS Group and the head of a lobby group, the Federation of Korean Industries.

But Kim leaves a mixed legacy that underscores the activities of the conglomerates or chaebol dominating the economy, said Park Sang-in, a specialist in corporate governance at Seoul National University.

The country's conglomerates grew through cozy relationships with authoritarian governments, focused on growth over profitability, and made excessive investments that resulted in the Asian financial crisis, he added.

Kim began as a fabric salesman who invested about $5,000 in a textiles company to start Daewoo in 1967.

Pouring in enormous energy and exploiting close ties to South Korea's leaders, he parlayed it into a behemoth that employed more than 300,000 people in 110 countries at its peak, with interests ranging from automobiles to construction, shipbuilding, trading and securities.

In 1989, Kim published a book that galvanised a new generation of South Koreans with bright dreams for the future. Titled "The World is Wide and There is a Lot to Do," its English version was called "Every Street is Paved With Gold".

But Kim's aggressive leveraged expansion, which swelled the group to 41 affiliate companies, helped push South Korea to the brink of national default during the Asian financial crisis of the late 1990s.

Once admired as a hero, Kim fled South Korea in 1999 when Daewoo collapsed with debts of more than $75 billion, forcing the government to step in and take control, leaving taxpayers holding the bag.

In 2005 Kim returned home from years in exile, only to be arrested and sentenced to 10 years in jail for embezzlement and fraud for covering up the debt.

But in 2007, an appeals court cut 1-1/2 years off the term, saying Kim had done South Korea a service by forming the group. That year he also received a presidential pardon.

"What he started bore fruit," said Huh of the business lobby group. "We now stand as a nation with global trade that makes its way through oceans and continents."

(Except for the headline, this story has not been edited by NDTV staff and is published from a syndicated feed.)
Comments
Kim Woo-choongDaewooSouth Korea