The committee has already spoken to around 800 witnesses -- including Ivanka Trump and her husband Jared Kushner. 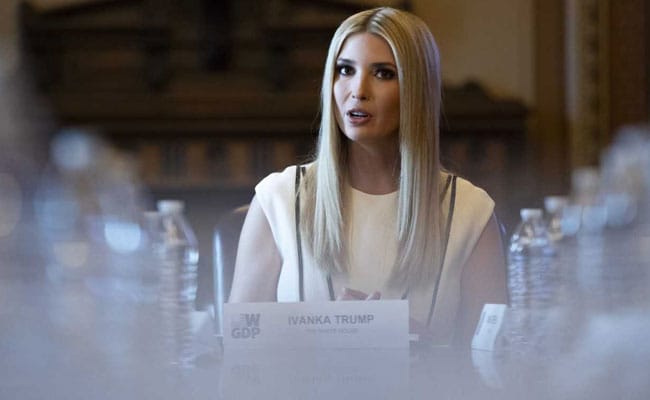 Donald Trump's daughter Ivanka Trump was testifying Tuesday before the probe into the 2021 Capitol assault, as lawmakers ramped up attempts to seek evidence from the inner circle of the former president.

"Testimony obtained by the committee indicates that members of the White House staff requested your assistance on multiple occasions to intervene in an attempt to persuade President Trump to address the ongoing lawlessness," chairman Bennie Thompson wrote to her in January.

Investigators are looking into how the attack, which shut down Congress as lawmakers were certifying the 2020 presidential election, took place and to what extent then-president Trump and his aides had a part in encouraging it.

The committee has already spoken to around 800 witnesses -- including Ivanka Trump's husband Jared Kushner -- and has been working its way through 90,000 documents and more than 435 phone tip-offs.

The committee didn't immediately respond to a request for comment on the former first daughter's appearance, but Thompson told CNN the session had begun in the morning and was "still going on" by mid-afternoon

He added that he was unaware of her invoking her right to remain silent so as not to incriminate herself.

"She came in on her own. That has obviously significant value. We did not have to subpoena," Thompson said.

The former administration official appears to have direct knowledge of her father's attempt to persuade then-vice president Mike Pence to stop the counting of electoral votes, the committee said when it asked her to come forward.

"One of the president's discussions with the vice president occurred by phone on the morning of January 6," Thompson said in his letter.

"You were present in the Oval Office and observed at least one side of that telephone conversation."

The eldest of the former president's two daughters, and the director of the White House Office of Economic Initiatives and Entrepreneurship in her father's administration, wasn't immediately available for comment.

The White House said last week it would reject any assertion of "executive privilege" -- which allows presidents to keep certain work-related conversations with aides private -- from Ivanka Trump.

The couple's cooperation comes during an intense period of revelations from the committee, which is approaching the end of its investigative phase ahead of public hearings planned for May.

It also emerged that White House logs given to investigators from the day of the insurrection show a gap of nearly eight hours in the record of Trump's calls, including the period covering the violence.

The committee is investigating whether it has the full record and if Trump communicated that day through phones of aides or personal disposable "burner" phones.

A federal judge said last week that Trump "more likely than not" engaged in criminal conduct with his efforts to overturn the results of the election.