Ex-President Jacob Zuma says the three Gupta brothers - Atul, Ajay and Rajesh - are his friends but he denies any influence-peddling. 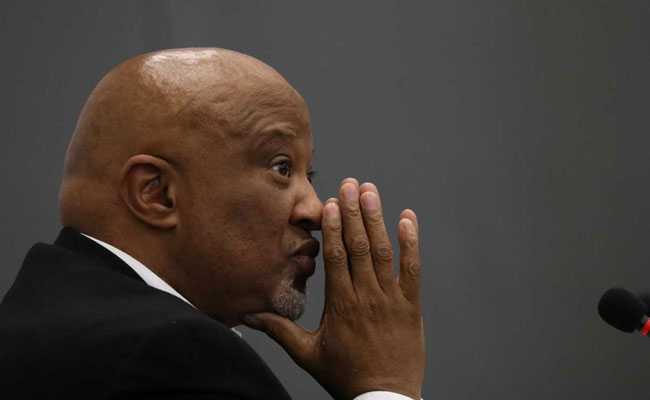 Former South African deputy finance minister Mcebisi Jonas told an inquiry that business friends of ex-president Jacob Zuma threatened to kill him if he spoke about a meeting at which they offered him money and the post of finance minister.

The public inquiry, which started on Monday and is being telecast live, is reviewing allegations that the Gupta brothers - who headed a large conglomerate in South Africa - unduly influenced Zuma regarding political appointments and the awarding of government contracts.

Zuma says the three Gupta brothers - Atul, Ajay and Rajesh - are his friends but he denies any influence-peddling in their relationship. The Guptas have also denied any wrongdoing.

The brothers, whose whereabouts are not known, as well as their lawyers, officials from their firms and family representatives could not be reached on Friday for comment on Jonas's remarks.

The inquiry, led by Deputy Chief Justice Raymond Zondo, was set up on the recommendation of a 2016 report into alleged influence-peddling in Zuma's administration by the Public Protector, South Africa's main anti-corruption authority.

The 2016 report stopped short of asserting that crimes had been committed, but focused on allegations that the three Gupta brothers influenced the appointment of ministers.

One such allegation was that the Gupta brothers offered to secure Jonas the finance minister's job; others were that Zuma had directed state firms to award tenders to the Guptas through influence peddling.

The 2016 report and other scandals surrounding Zuma's nine-year rule forced him out of office in February.

Jonas, an outspoken critic of corruption during his time in government, told the inquiry that he met Zuma's son, Duduzane, who had asked him to attend a meeting with the Gupta brothers in October 2015.

One of the brothers told him that Zuma was going to fire Nhlanhla Nene, the finance minister, because "he (Nene) could not work with the Guptas". The Gupta brother then offered to make Jonas finance minister, Jonas said.

"'You must understand we are in control of everything... and the old man (Zuma) will do anything we tell him to do'," Jonas said, quoting the Gupta brother.

He said he turned down the offer. "At the end of the meeting Mr Gupta said 'We have information on you' and if I suggested the meeting had occurred, they would kill me," Jonas said.