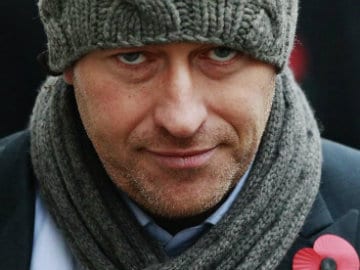 London: A former newspaper editor, whose emails led to the exposure of widespread phone-hacking at Rupert Murdoch's now defunct British tabloid, the News of the World, pleaded guilty on Friday to illegally listening to people's voicemails.

Ian Edmondson is the eighth person from what was once Britain's biggest-selling paper to have been convicted of being involved in hacking celebrities' phones to find exclusive stories.

Edmondson, who had previously denied any wrongdoing, admitted conspiring with colleagues to illegally access voicemails. Victims he was linked to included actors Jude Law and Sienna Miller and musician Paul McCartney.

He will be sentenced at a later date.

Phone-hacking was first uncovered at the paper in 2006, but Murdoch's British newspaper arm News International said the practice was limited to its ex-royal editor Clive Goodman and private detective Glenn Mulcaire, who were both later jailed after admitting offences.

However the discovery of three emails sent from Mulcaire to Edmondson, then the paper's associate editor, at the end of 2010 sparked a massive new police investigation into criminal activity at the News of the World.

The emails, dating from 2006, provided instructions on how to hack the phones of the then deputy prime minister, a government minister and Frederick Windsor, the son of Queen Elizabeth's cousin.

Edmondson was sacked in early 2011 and the emails handed over to police who slowly uncovered a huge scandal that shook the British establishment and ultimately led Murdoch to closing the newspaper.

He was one of the original defendants in one of Britain's most expensive criminal trials which began last year and led to the conviction and jailing in June of the paper's ex-editor Andy Coulson, who had later become Prime Minister David Cameron's media chief.

However he dropped out in the early stages due to ill health. The trial was told Coulson had once instructed Edmondson when he was working on a story about a celebrity to "do his phone".

In addition to Edmondson, Coulson, and Goodman, three other senior editors and another reporter have pleaded guilty to hacking crimes. However, Rebekah Brooks, the former chief executive of News International, was acquitted of involvement.

News UK, the new incarnation of News Corp.s' British newspaper arm, on Wednesday dropped its claim to be reimbursed for the multi-million dollar legal bills it amassed in defending Brooks and other members of staff.

Promoted
Listen to the latest songs, only on JioSaavn.com
On Friday, prosecutors announced they would take no further action against News International's former legal chief Tom Crone, who was arrested two years ago over phone-hacking and conspiracy to pervert the course of justice, saying there was insufficient evidence to secure a conviction.