Hong Kong has been rocked by unprecedented pro-democracy protests over the last five months and in the past few weeks they have take a violent turn. 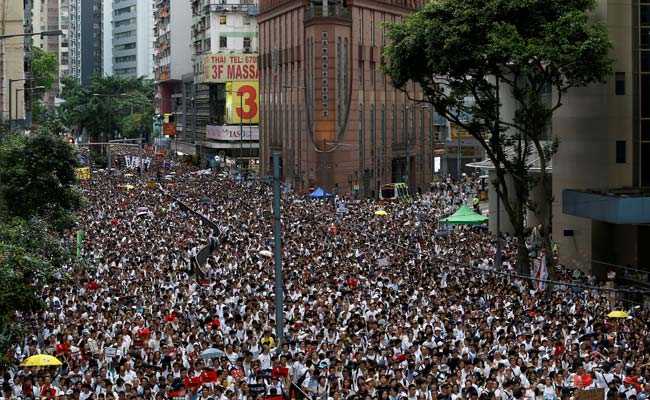 Hong Kong's former chief executive CY Leung has warned of "lone wolf" attacks even as China mulls over its strategy to deal with the violent agitation by pro-democracy protestors in the former British colony which has now entered its sixth month.

Mr Leung warned that the unrest in Hong Kong was entering a more dangerous "lone wolf" phase, with the number of demonstrators falling considerably but the violence getting more extreme, a news article in the Hong Kong-based South China Morning Post today quoted him as saying.

"In the near future, people should pay more attention to what CY Leung has to say on Hong Kong's latest developments," Wang Xiangwei, former editor-in-chief of the Morning Post, wrote in his column.

"History shows strikes by lone wolves can be the most dangerous as it is easy for them to succeed and evade detection," wrote Mr Xiangwei, who had taken part in the 1989 student protests of Tiananmen Square in Beijing.

The student protests at Tiananmen Square calling for democracy and reforms were brutally suppressed with indiscriminate shooting by Chinese military in which hundreds were reported to have been killed.

"As a graduate student, I was among the demonstrators in Tiananmen Square 30 years ago and witnessed the tragedy first hand.... The rioters in Hong Kong have the power to bring parts of the city to a standstill or decide which businesses can stay open," he said.

"The first lone wolf attack has already occurred: on November 6, when a 30-year-old stabbed the pro-establishment lawmaker Junius Ho Kwan-yiu on the street in broad daylight," Mr Xiangwei said.

In another incident, a man who confronted pro-democracy protesters was doused in flammable liquid and set alight a few days ago.

"What is likely to happen next? There have been mounting concerns that Beijing would probably use the escalating violence in Hong Kong as a legitimate excuse to push for more stringent national security laws in the city. But it remains unclear if Beijing has a concrete timetable and, besides, to push Hong Kong to enact such laws or Beijing imposing such laws directly would take months if not longer," he said.

Hong Kong has been rocked by unprecedented pro-democracy protests over the last five months and in the past few weeks they have take a violent turn, bringing the international financial centre virtually to a standstill.

The protests which began over a proposed extradition law by the Hong Kong administration sparked fear of extradition of locals to the Chinese mainland for prosecution.

It later turned into a major pro-democracy movement with demands to elect local officials without Chinese interference.