Former Auschwitz guard Reinhold Hanning was convicted last June by a judge in Germany who branded him a 'willing and efficient henchman' in the Holocaust. 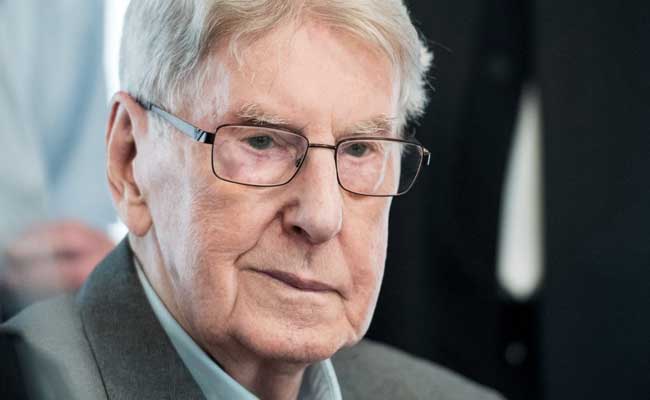 Berlin: A 95-year-old former Auschwitz guard, who was sentenced to jail in Germany last year for being an accessory to murder of at least 170,000 people, has died before his conviction became legally binding, his lawyer said on Thursday.

In what is likely to be one of Germany's last trials for World War Two-era atrocities, Reinhold Hanning was convicted last June by a judge who branded him a "willing and efficient henchman" in the Holocaust.

His lawyer, Andreas Scharmer, said he had found out about Hanning's death on Tuesday evening, but declined to comment on the cause of death beyond pointing to the man's advanced age.

Scharmer said the verdict against Hanning is not legally binding as appeals were still pending at Germany's highest court.

Thomas Walther, a lawyer for more than 20 joint plaintiffs in the Hanning case, said he was disappointed that Hanning had died before the conviction was binding, especially as he had expected the higher court to rule in the next month or so.

"If the judiciary had not been silent for decades, then there would not have been this disappointment," he said, adding he had expected the conviction to be confirmed.

A precedent was set in a similar case in 2011, when camp guard Ivan Demjanjuk was convicted, but he also died before the German Federal Court of Justice could rule on his appeal.

However, Germany's highest court last November rejected an appeal by Oskar Groening, known as the "bookkeeper of Auschwitz", to his conviction for being an accessory to the murder of 300,000 people.

Hanning was silent and emotionless for much of his trial but at one point he did apologise to the victims and said that he regretted being part of a "criminal organisation" that had killed so many and caused so much suffering.

Hanning was not charged with direct involvement in any killings. But prosecutors and dozens of joint plaintiffs from Germany, Hungary, Israel, Canada, Britain and the United States said he had helped Auschwitz function.

(Except for the headline, this story has not been edited by NDTV staff and is published from a syndicated feed.)
Comments
AuschwitzNaziReinhold HanningAdolf HitlerHolocaust