A journalist can face a fine of up to 2,500 rubles ($36) for failing to properly mark a story or a social media post. The same offence could cost a company up to 50,000 rubles.

Russian journalist Yelizaveta Mayetnaya, 47, in her apartment in Moscow.

In her Moscow apartment, reporter Yelizaveta Mayetnaya motions to her laptop displaying a message now infamous among independent Russian journalists.

Since being branded a "foreign agent" by authorities this year, the 47-year-old is obliged to add the disclaimer to each and every one of her social media posts, whether they're part of her reporting or a picture of her dog digging through autumn leaves.

It's one of the tedious regulations that she and dozens of other reporters recently slapped with the label are learning to navigate in a year that has seen the walls close in on independent media.

The authorities want "everyone to exhaust themselves doing this, so there isn't any time for anything else," Mayetnaya told AFP.

The label is a "form of repression", she added, predicting it would be used more and more to silence Kremlin critics. 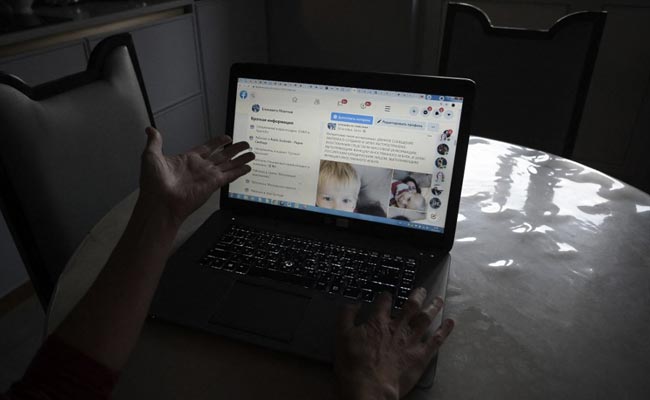 Russian journalist Yelizaveta Mayetnaya shows a text message on her laptop that she has to write on each of her social media posts.

Russia first introduced the term in legislation passed in 2012, but it applied to non-governmental groups before being expanded to media organisations in 2017 and individual journalists last year.

The status is reminiscent of the Soviet-era term "enemy of the people" and is meant to apply to people or groups that receive funding from abroad and are involved in any kind of "political activity".

"Foreign agent" organisations must disclose sources of funding and label publications with the tag or face fines.

A journalist can face a fine of up to 2,500 rubles ($36) for failing to properly mark a story or a social media post. The same offence could cost a company up to 50,000 rubles.

The branding has put off advertisers, editors at news organisations say, piling financial pressure on the few independent outlets left in Russia.

Mayetnaya, who works for US-funded Radio Free Europe/Radio Liberty (RFERL) and other reporters on the pariah list say it also seriously hinders their work.

"People have refused to speak to me saying: 'It'll end badly for us'," Mayetnaya told AFP.

The Kremlin says the measures are necessary because of increased "interference" from abroad with non-governmental groups and journalists exploited by outside actors to meddle in Russian affairs.

The result is that all eyes in Russia's media landscape are glued to the justice ministry's website most Friday evenings, where, almost weekly, new names appear.

Aside for the 24-word social media disclaimer, people branded "foreign agents" say they are subjected to "absurd" bureaucracy, such as meticulously reporting income and expenses.

Every three months, they have to complete a financial audit.

"The ministry not only wants to know where I send my money, but also where the money people transfer me comes from," said Maria Zheleznova, a former reporter at the Proekt investigative media banned as "undesirable" in July.

"Whenever I buy something, I always have to think about how I would explain it at an audit," she said.

"If friends ask me online where they can buy a wardrobe, I tell them where and have to add that 'this message was published by a foreign agent'", the 43-year-old said.

"I feel like I'm living in some kind of fantasy, but this is reality."

Siberian journalist Pyotr Manyakhin, who was branded a foreign agent at just 22-years-old, told AFP it was "punishment".

He mocked the audits, saying: "What is there to be discovered in my reports on how much food I've bought?"

"Anyone who expresses opinions on the news risks ending up on the list," he said.

President Vladimir Putin even cautioned Dmitry Muratov, the editor in chief of the independent Novaya Gazeta newspaper, a week after the journalist won the Nobel Peace Prize that the award would not "shield" him from the label.

Like many of his colleagues from Proekt, Manyakhin has not been able to find work since the outlet was shut.

And with not one name removed from the list, branded reporters say independent journalism in Russia faces a bleak future.

"This is not the end entirely," Zheleznova said, warning of a "serious tightening" on rules on independent media outlets.

"I hope they have enough strength to survive," she added.