The 78-year-old was receiving antibiotics prior to the long flight back to his home country, his spokesman and other sources said 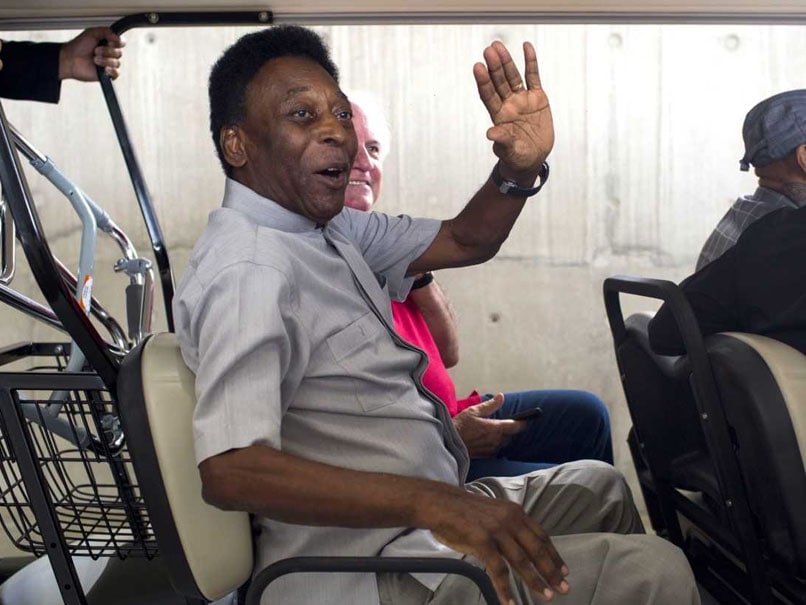 Football legend Pele was taken to a Paris hospital as a precaution on Wednesday after suffering from a "urinary infection" but is "doing well", according to members of his entourage.

The 78-year-old Brazilian three-time World Cup winner was receiving antibiotics prior to the long flight back to his home country, his spokesman and other sources told news agency AFP.

The spokesman said the infection was "under control" and Pele would be discharged from hospital in "a day or two".

Pele, who won the World Cup in 1958, 1962 and 1970, had been in Paris for a promotional appearance alongside France star Kylian Mbappe.

The declining health of the player known as 'O Rei' has been a cause for concern in recent times, and the planned meeting with Mbappe had already been postponed last November.

Previously, Pele had admitted to not being up to the task of lighting the flame at the opening ceremony of the 2016 Rio Olympics.

Before that, he spent time in intensive care in Brazil in late 2014 following a kidney complaint.

"I wasn't afraid of dying as I am a man with three hearts," he joked at the time, alluding to the translation from Portuguese of the name of the town of his birth, Tres Coracoes.

On Tuesday, the man who was named FIFA's player of the 20th century spent the entirety of his encounter with Mbappe sitting down, but appeared on good form at the event organised by watch manufacturer Hublot.

Mbappe last year became only the second teenager to score in a World Cup final, following in Pele's footsteps, in France's 4-2 victory over Croatia when he was still just 19.

Pele achieved the feat as a 17-year-old in 1958 and claims to have gone on to score over 1,000 goals in his career, during which he starred at club level for Santos and later the New York Cosmos.

"It's possible, I scored exactly 1,025, so 1,000 goals is possible for him," Pele said when asked if Paris Saint-Germain superstar Mbappe, now 20, could also reach that milestone.

It has previously been said that Pele scored 1,281 goals in 1,363 matches during his glittering career which spanned two decades.

Pele also told Mbappe, who has been repeatedly linked with a move away from PSG, that the key to smashing goalscoring records is playing in the very best teams.

"People tend to say that goals are the most important thing - I thank God for having scored so many in my career - but we must know that we need to be well-supported, you can't score on your own, you need good teammates, that's very important," he said.