Stansted is London's third-busiest airport and is a key hub for the discount airline Ryanair, which said that its customers could get a full refund. 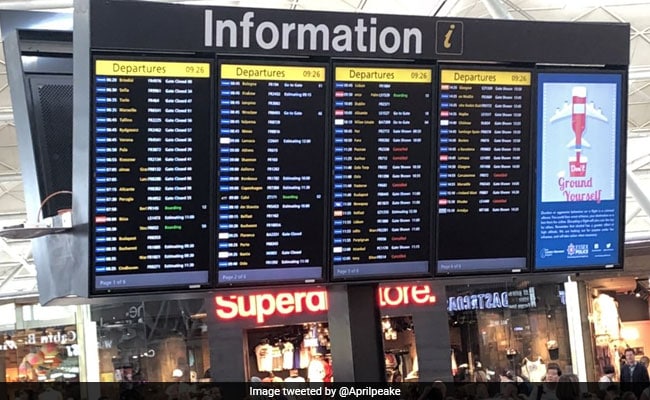 LONDON: London's Stansted airport delayed, diverted and cancelled some flights after a lightning strike on an aircraft fuelling system during storms that unleashed more than 64,000 thunderbolts.

British skies were lit up by the electric storms overnight and there were reports of flooding and homes left without power after torrential rain.

Stansted is London's third-busiest airport and is a key hub for the discount airline Ryanair, which said that its customers could get a full refund.

"A number of flights have regrettably been cancelled at Stansted Airport this morning due to an earlier airport fuelling system failure, caused by a lightning strike," a spokesman said.

The fuelling system was repaired on Sunday morning, but passengers were warned to check before travelling and passengers stuck on planes complained on Twitter that they were not given proper explanations for the delays.

Promoted
Listen to the latest songs, only on JioSaavn.com
"Engineers have been on site and have now restored the system. However flights may still be subject to diversion, delay or cancellation," Stansted said in a statement.
© Thomson Reuters 2018

(Except for the headline, this story has not been edited by NDTV staff and is published from a syndicated feed.)
Comments
London AirportStansted airport