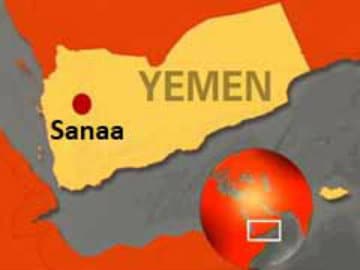 Aden, Yemen: Five protesters were wounded as Yemeni police stopped southern separatists from marching towards the governorate building in the south's main city of Aden on Sunday, activists and medics said.

The clash came as tens of thousands of people rallied to demand independence at a time when Shiite militiamen from the north are expanding their control over the impoverished country.

The southerners were marking the 47th anniversary of the end of British colonial rule in 1967, which created an independent state that lasted until union with the north in 1990.

"Police opened heavy fire with live rounds and tear gas to disperse us as we tried to advance towards the governorate building to raise the flag of (the former) South Yemen," an activist of the separatist Southern Movement said.

He revised an earlier casualty toll of one dead and four wounded, saying one demonstrator was badly hurt among the five wounded. Hospital sources confirmed the figures.

Many others suffered breathing difficulties after inhaling tear gas, said Radfan al-Dubais, a spokesman for the protesters.

The Southern Movement which called the protest is campaigning for autonomy or outright secession for the previously independent south.

Waving the flag of what used to be South Yemen, protesters who poured into Aden from neighbouring southern provinces vowed not to let up until they achieve independence.

"We will not back down until we achieve victory -- liberation and independence," read banners at a square in Aden, where secessionists have been camped out since October 14.

Sunday's rally showed the "rejection of the people of the south of all projects and initiatives that do not fulfil their legitimate right to freedom, sovereignty, and independence," a hardline Southern Movement leader, Hassan Baum, told supporters.

Yemen is reeling under the impact of expansion by Shiite militiamen who overran the capital in September and seized a major port unopposed, before clashing with Sunni tribes and Al-Qaeda militants south of Sanaa.

Promoted
Listen to the latest songs, only on JioSaavn.com
The southern separatists, as well as the Shiites from the north, have rejected plans unveiled in February for Yemen to become a six-region federation, including two in the south.

"Their Passion Led Me To Where I Am Today": Kamala Harris On Grandparents