The ultra-luxurious hotel, which will a replica of the lunar surface, is designed to be built in 48 months and will have an overall height of 735 feet. 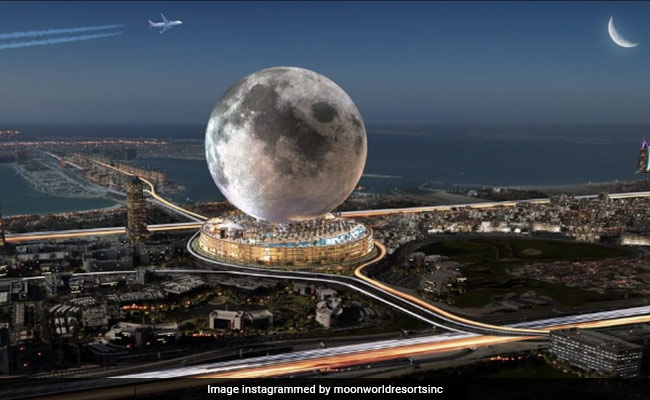 Dubai is home to all things luxury, and now the city is expected to get a gigantic moon-shaped resort soon. According to Arabian Business, a Canadian architectural company, Moon World Resorts (MWR), has proposed to build the resort in order to offer guests affordable space tourism on the ground.

The ultra-luxurious hotel, which will a replica of the lunar surface, is designed to be built in 48 months and will have an overall height of 735 feet. The architectural firm believes that "Moon Dubai" will add to the emirate's economy in sectors such as hospitality, entertainment, attractions, education, technology, the environment and space tourism.

Guests visiting the luxurious resort could take advantage of a spa and wellness section, a nightclub, event centre, global meeting place, lounge and an in-house "moon shuttle". The hotel will accommodate a training platform for various space agencies and their respective astronauts as well.

As per the outlet, the Canadian architectural company is also planning to incorporate "Sky Villas", which will be known as the private residence at moon. "Approximately 300 units will be available for purchase, with sky villa owners being members of an exclusive private members club at Moon," Mr Henderson said.

According to The National, the Moon resort will cost a staggering $5 billion to construct, with an annual revenue projection of $1.8 billion. As of now, the company is procuring licenses and planning road shows to promote the Moon to potential clients. After this, the firm will enter a one-year pre-development program, followed by a four-year build-out program.

Additionally, MWR is also expected to license four Moon destination resorts around the globe as well - one in North America, Europe, the Middle East and North Africa and Asia.