Read inOther Languages
This Article is From Sep 25, 2019

Dr Firdous Ashiq Awan, towards the end of her speech at a function on Tuesday, said that the tremor was a sign that when any "change" takes place, there will be restlessness. 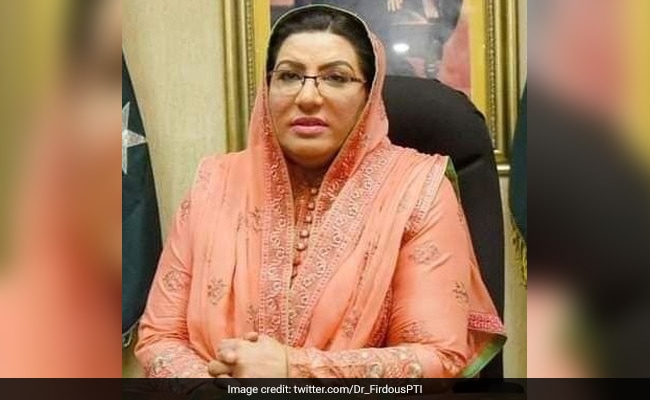 Dr Firdous Ashiq Awan said the tremor was a sign that when "change" takes place, there'll be restlessness

A senior aide to Pakistan's Prime Minister Imran Khan was trolled on social media for her insensitive remarks about the earthquake that claimed at least 30 lives.

A powerful 5.8-magnitude earthquake rattled Pakistan-occupied Kashmir and several cities in the country, killing at least 37 people and injuring over 452 others.

Special Assistant to the PM (SAPM) on Information Dr Firdous Ashiq Awan made light of the sufferings caused by the tremor by saying that it showed, the "change" brought by Imran Khan's government was being felt down below in the earth.

Mr Khan came to power last year by trumpeting the slogan of "change" and his Pakistan Tehreek-e-Insaf party and supporters reject most of the criticism against his policies as aftershocks of "change".

Dr Awan, towards the end of her speech at a function on Tuesday, said that the tremor was a sign that when any "change" takes place, there will be restlessness.

"This restiveness is a sign of change that the earth has also taken a turn. May be this early change (Khan's government) is also not acceptable to it," she said.

Her remarks brought a roar of laughter from the audience.

But the comment went viral on the social media where she was flayed for showing insensitivity.

Her colleague and minister for human rights Shireen Mazari attempted damage control by saying that the remarks did not reflect the official policy.

"The Information SAPM's remarks on the earthquake were insensitive, absolutely inappropriate and most certainly had nothing to do with govt viewpoint. Human suffering can never be made light of," Shireen Mazari tweeted.

Dr Awan also realised the mistake and tried to rectify it later on. But said that her statement was distorted and taken out of context.

I tried to give courage to the audience in the context of social media, but it was given a "wrong colour and circulated on the media, which I condemn," she said.

The epicenter of the powerful earthquake, which occurred at around 4 pm on Tuesday at a depth of only 10 kilometers, was near Mirpur city in the Pakistan-occupied Kashmir (PoK), roughly 20 kilometers north of Jhelum in Punjab, according to the US Geological Survey.