Reports that the Saudi team would receive the luxury car first surfaced from a social media post by a Pakistani dentist, who was ill-informed. 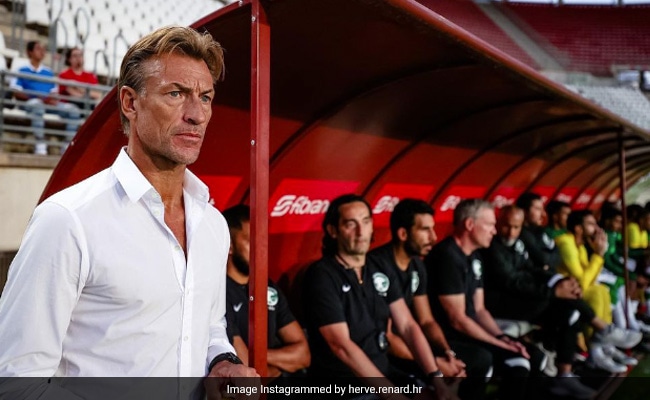 The Saudi Arabia head coach Herve Renard has denied claims that his entire team was being gifted Rolls Royce by the country's royal family after their stunning World Cup victory over Argentina.

It had been previously reported that Saudi Arabia's crown prince Mohammed bin Salman Al Saud would present each of the players with RM6 million Rolls Royce Phantom when they return from Qatar. However now, Mr Renard struck down the report saying, "there is nothing true about this".

According to New York Post, Herve Renard said, "We have a very serious federation and ministry of sport and it is not the time to get something at this moment. We only have played one game, have two very important [group stage] games and we are hoping for some more."

"I don't know if you remember the press conference before Argentina. I said the Argentina game is one of the three important games we have to play. The only good thing at the end of this group stage is to finish No. 1 or No. 2," he added.

Also Read | Photo Of Lionel Messi's Golden Boots Goes Viral, Here's What Is Special About Them

As per Yahoo News, Saleh al-Shehri, Saudi Arabia's forward who scored the first goal in the win against Argentina, also called the report false. "It's not true. We are here to serve our country and do our best. That is the reward." he said.

Reports that the Saudi team would receive the luxury car first surfaced from a social media post by a Pakistani dentist, who was ill-informed, the Post reported.