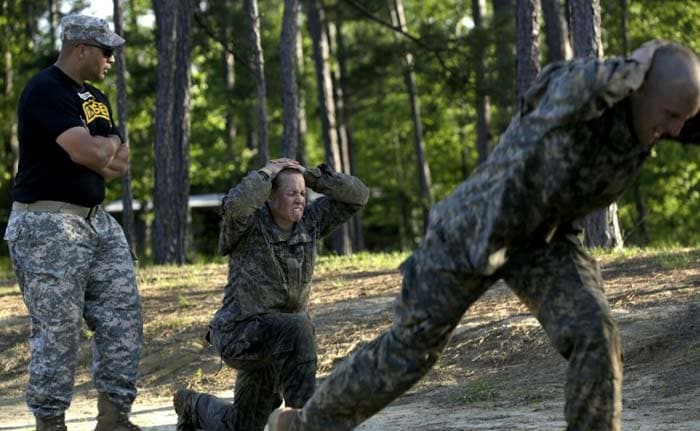 Washington: With the first female soldiers about to make history as elite Rangers, the US Army is in the process of making official what began in the field long ago.

"I see it as sort of reality and perceptions kind of catching up together."

Women, who make up about 15 percent of the military's active duty service members, have for decades increasingly held combat roles and died in the line of duty, added the former deputy assistant secretary of defense.

In the early 1990s, for example, female members of the military police on missions in the Balkans found themselves under fire on a regular basis, Davidson added in a conference call hosted by the Council on Foreign Relations think tank.

And in Iraq and Afghanistan, she said, women -- even if theoretically excluded from infantry and artillery positions, as well as armored units -- came under direct enemy fire.


Already on the frontlines

Still, in a time of war without clear front lines, any soldier can find himself -- or herself -- in direct contact with the enemy, be it behind the wheel of a truck or at a routine checkpoint.

Echoing that fact, more than 9,000 women have been recognized for their service, receiving Army Combat Action Badges for "actively engaging or being engaged by the enemy," according to a recent Congressional Research Service study.

And two, it said, have received Silver Stars for "gallantry in action against an enemy of the United States."

For one, the women who graduate Friday will still not be allowed to serve with the 75th Ranger Regiment, which has yet to lift its bar on female soldiers.

In 2013, President Barack Obama issued a request that the Pentagon order all branches of the armed forces to open up ground combat roles to women by 2016 -- barring any exceptions that will have to be duly justified.

"Clearly, the successful integration of women into currently closed positions requires us to be thoughtful and deliberate in determining the next steps," said Navy Captain Jeff Davis, a Pentagon spokesman.

"We are committed to opening positions and occupations where and how it makes sense."

For this reason, the Pentagon has given itself until January 2016 to pinpoint which roles, if any, should stay off-limits to women.

And to make that determination, the military's different branches have carried out studies and experiments since 2013.

Separately, Admiral Jon Greenert told the Defense News publication Tuesday that the Navy plans on opening up its elite SEAL fighting units to women, provided they can pass the notoriously difficult training course.

Already the Marines, often at the forefront of fighting over the past decade, have opened their infantry courses to women -- but only as a test for now.

The Marines have also launched a first-of-its-kind scientific study on the effects of gender integration in combat.

Results are currently being processed and analyzed and are due to be turned over to the leadership of the Marines in the coming weeks, according to First Lieutenant Philip Kulczewski, a Marine spokesman.

"If we make changes" on gender policy, "we want them to be beneficial for the Marines Corps," he said.

Top brass are expected to turn over a list of posts, if any, that should stay all-male in early autumn, according to Kulczewski.
Comments
US ArmyUS MilitaryUS Army Female Combat RolesPentagonUnited States ArmyFirst Women Become US Rangers