Senior FBI lawyer Lisa Page and senior counterintelligence agent Peter Strzok, are the subjects of an internal investigation that has roiled the FBI and emboldened its Republican critics who have accused the bureau of political bias. 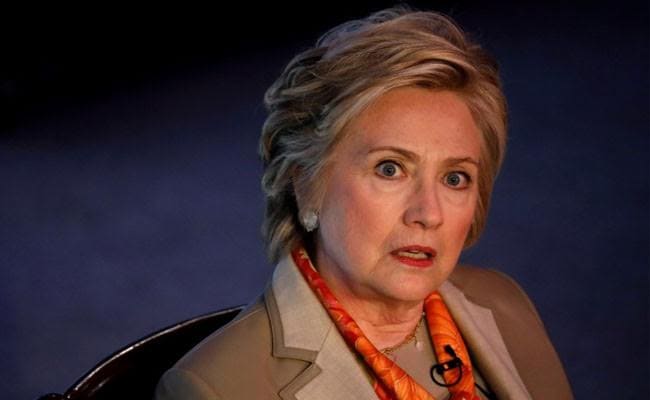 Two senior FBI officials who texted each other about President Donald Trump and Hillary Clinton relied on work phones to try to hide their romance from a spouse and made the bureau's probe of Clinton's private email server their cover story for being in such close contact, according to people familiar with the matter.

The two officials, senior FBI lawyer Lisa Page and senior counterintelligence agent Peter Strzok, are the subjects of an internal investigation that has roiled the FBI and emboldened its Republican critics who have accused the bureau of political bias. Had Page and Strzok used personal phones instead, people close to case say, it's unlikely their text messages would have come to the FBI's attention.

The texts, a trove of which were released by the Justice Department this week, have raised questions about the FBI's investigation into Clinton's use of a private email server while she was secretary of state and special counsel Robert Mueller's probe of whether any Trump associates coordinated with Russian officials to interfere with the presidential election. Page and Strzok, who have declined to comment, were involved in both.

At a congressional hearing this week, several Republicans on the House Judiciary Committee seized on one message in particular, a text Page sent to Strzok in April 2016. At the time, both played key roles in the Clinton investigation. Lawmakers have called the exchange suspicious.

"So look," the text from Page to Strzok reads, "you say we text on that phone when we talk about Hillary because it can't be traced, you were just venting [because] you feel bad that you're gone so much but it can't be helped right now."

Sen. Charles Grassley, R-Iowa, chairman of the Senate Judiciary Committee, wrote to Deputy Attorney General Rod Rosenstein demanding a fuller explanation for Page's message, saying, "The mention of 'Hillary' may refer to Secretary Clinton and therefore could indicate that Mr. Strzok and Ms. Page engaged in other communications about an ongoing investigation on a different phone in an effort to prevent it from being traced.''

People familiar with the matter said that, although Page's message may appear to suggest that she and Strzok used a separate communications channel for discussing the Clinton case, the point of her text was to advise Strzok how to explain to his wife why the two of them had been texting each other.

What's striking to many FBI veterans is how two senior members of the bureau seem to have forgotten or ignored basic rules and facts about using internal communications. Strzok, they say, should have been aware that messages from one FBI phone to another would be saved in government computers and retrievable. Page, they noted, should have known internal investigators could review them later.

The FBI's legal office, called the Office of General Counsel, has warned FBI agents for years to exercise good judgment when texting because those messages can be found later by internal investigators or defense lawyers. Page works in the general counsel's office.

"What people are forgetting is the human foible of a having an affair - they forget that the system itself will betray you and your texts," said David Gomez, a former FBI counter-terrorism official. "Using language like that is something a lot of people who have affairs do, but it does create problems with people who are conspiracy minded.''

The issue has come up before. In 2014, an FBI agent was caught texting on the witness stand at a trial and then lied under oath about it. She killed herself hours after the incident. Law enforcement officials said her texts were innocuous messages exchanged with her husband while passing time in court.

Promoted
Listen to the latest songs, only on JioSaavn.com
Investigators' texting also has created legal problems in at least one FBI terrorism probe, according to officials.