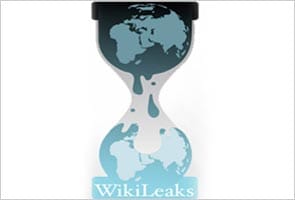 Washington: The Federal Bureau of Investigation (FBI) has joined the hunt for hackers who took down websites like PayPal, after they stopped processing payments to whistle-blowing website WikiLeaks, US media reports said.

The Smoking Gun website published five pages of an FBI affidavit, detailing an operation that took US federal investigators to Europe, Canada and back to the United States as they hunted down the "Internet activists" who launched attacks "against perceived corporate enemies of WikiLeaks."

The attacks earlier this month targeted firms including electronic payments site PayPal, and Visa and Mastercard credit cards, which had suspended or frozen WikiLeaks's accounts after the whistle-blowing website published thousands of sensitive Department of State cables.

In mid-December, the FBI traced Internet protocol addresses for the hackers to Canada and then back to California where a virtual server that was assigned one of the IP addresses used to launch the attacks was housed.

At around the same time, a separate investigation into the pro-WikiLeaks attacks by Germany's Federal Criminal Police (BKA) found that other commands to launch denial of service attacks on PayPal had come from an IP address assigned to a Texas-based company that hosts servers.

The FBI raided the Texas firm on December 16, according to the Smoking Gun, which uses Freedom of Information requests to obtain material from government and law enforcement sources.

During the Texas server-farm raid, FBI agents reportedly copied two hard drives inside a server, but "court records do not detail what was found on those drives, nor whether the information led to a suspect or, perhaps, a continuing electronic trail," the Smoking Gun says.

The FBI probes are ongoing, and are being coordinated from field offices in California. FBI agents were not immediately available for comment.
Comments
WikiLeaksWhistleblowing websiteFBIJulian Assange