FBI Employee Pleads Guilty To Acting As Agent Of China 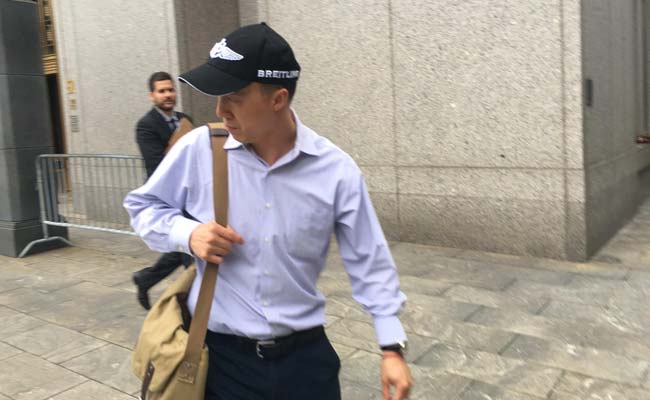 Kun Shan Chun, an FBI employee acted as an agent of the Chinese government. (Reuters)

New York: A FBI electronics technician pleaded guilty on Monday to having illegally acted as an agent of China, admitting that he on several occasions passed sensitive information to a Chinese official.

Kun Shan Chun, also known as Joey Chun, was employed by the Federal Bureau of Investigation since 1997. He pleaded guilty in federal court in Manhattan to one count of having illegally acted as an agent of a foreign government.

Chun, who was arrested in March on a set of charges made public only on Monday, admitted in court that from 2011 to 2016 he acted at the direction of a Chinese official, to whom he passed the sensitive information.

That information included the identity and travel plans of an FBI agent; an internal organizational chart; and photos he took of documents in a restricted area related to surveillance technology, said Assistant U.S. Attorney Emil Bove.

"At the time, I knew that was wrong, and I'm sorry for my actions," said Chun, who was born in China and is a naturalized U.S. citizen.

Chun, 46, was released on bail following the court hearing. Under a plea agreement, he has waived his right to appeal any sentence of 27 months or less. He is scheduled to be sentenced Dec. 2.

"The truth is that Mr. Chun loves the United States and never intended to cause it any harm," Jonathan Marvinny, his lawyer, said in a statement. "He hopes to put this matter behind him and move forward with his life."

Chun was initially charged in March for having made false statements in order to conceal his contact with several Chinese nationals and a Chinese-based computer printer manufacturer called Zhuhai Kolion Technology Company Ltd.

The complaint said Chun was asked by individuals affiliated with the company to perform research and consulting tasks in exchange for, among other things, foreign travel.

Kolion had "government backing," and he was asked by associates in China who "deal with" the government to consult for it, Chun was recorded telling an undercover FBI agent in 2015, the complaint said.

According to the complaint, Chun told the agent that his Chinese associates sometimes paid for prostitutes for him and provided hotels when he travelled to China.

He said his parents urged him to work with those individuals because they were investors in Kolion, the complaint said.
© Thomson Reuters 2016