Authorities say the defendants used "bribery and other forms of fraud" to facilitate their children's admission schools such as Georgetown, Yale and Stanford. 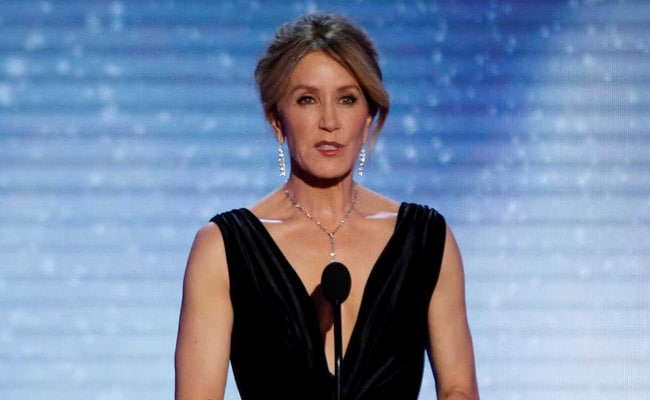 The Justice Department on Tuesday charged 50 people - including two television stars - with participating in a multimillion dollar bribery scheme that enabled privileged students with lackluster grades to attend prestigious colleges and universities.

Boston's US. attorney, Andrew Lelling, called it the largest-ever college admissions scam prosecuted by the Justice Department. Of the 50 people charged in the FBI's Operation Varsity Blues, 33 were parents, officials said, warning that the investigation is ongoing and that others could be charged.

The scheme was discovered accidentally by the FBI while working an unrelated undercover operation about a year ago, officials said. That tip led to a sprawling, nationwide corruption probe.

"These parents are a catalogue of wealth and privilege," said Lelling. "This case is about the widening corruption of elite college admissions through the steady application of wealth combined with fraud. There can be no separate college admission system for the wealthy, and I'll add there will not be a separate criminal justice system, either."

No students were charged because prosecutors said their parents were the scheme's principal actors.

Court filings released Tuesday paint an ugly picture of privileged parents committing crimes to get their children into selective schools otherwise unlikely to accept them.

Among those charged are actresses Felicity Huffman, best known for her role on the television show "Desperate Housewives," and Lori Loughlin, who appeared on "Full House." A representative for Loughlin declined to comment. A representative for Huffman did not return messages seeking comment.

Others arrested Tuesday include a private equity executive in northern California, a senior lawyer at a major law firm in New York, and a public relations executive in Los Angeles. Prosecutors said they took part in a criminal conspiracy to bribe test officials and college sports officials.

In the wake of the charges, universities began firing or placing on leave some of the accused coaches.

The scheme's chief architect, William Singer, pleaded guilty in federal court Tuesday. Officials described Singer as a well-connected college admissions adviser, and say he disguised the bribery scheme as a charity, enabling parents to deduct the bribes from their taxes.

Singer was charged with taking about $25 million from 2011 to 2018 - paying some of it to college coaches or standardized-testing officials for their help rigging the admissions process and pocketing the rest, according to the criminal complaint. He allegedly disguised the money using a nonprofit, the Key Worldwide Foundation, which prosecutors described as a slush fund for bribes.

Singer pleaded guilty Tuesday to conspiracy charges for racketeering, money laundering and obstruction of justice. He had been cooperating since September. Prosecutors said that a month after he came to the government's side, Singer alerted several people under investigation about the inquiry - which earned him the obstruction charge. Lawyers for Singer did not respond to requests for comment.

Another defendant is Gordon Caplan, co-chairman of the prestigious international law firm Willkie Farr & Gallagher. Caplan did not immediately respond to requests for comment, nor did his firm.

Court papers charge that in one secretly recorded conversation, Caplan asked Singer: "If somebody catches this, what happens?"

"The only one who can catch it is if you guys tell somebody," Singer replied.

"I'm not going to tell anybody," Caplan said, and the two men laughed, according to the court papers.

Two California parents paid Singer in the form of Facebook stock - 2,150 shares worth $251,159 at the time of the bribe in July 2016, according to court papers. Those parents claimed that payment as a charitable donation, the papers said.

Early in the investigation, the FBI was able to flip Yale's former women's soccer coach, who provided evidence against others, officials said. Rudolph Meredith pleaded guilty nearly a year ago, after prosecutors gathered evidence he took a $400,000 bribe to pretend that one prospective student was a recruit, despite the fact that the student in question did not play competitive soccer. The student's parents paid $1.2 million in bribes, officials said.

Yale's president, Peter Salovey, sent a letter to the Yale community calling the allegations "an affront to our university's deeply held values of inclusion and fairness. I want to assure our community," it says, "that I am committed to making certain the integrity of the admissions and athletic recruitment processes is not undermined again. As the investigation unfolds, the university may take further actions."

Prosecutors also charged Georgetown's former head tennis coach, Gordon Ernst. Authorities said he made $950,000 promoting several students as potential tennis recruits - when they were not tennis players of that caliber.

For example, prosecutors alleged, Ernst flagged a California couple's daughter as a "potential spot," and her application falsely indicated she had played club tennis through high school and achieved a Top 50 ranking in the U.S. Tennis Association's junior girls category from her sophomore through her senior years. In fact, she had not played at any Tennis Association tournaments in high school, officials said.

"At her best," prosecutors wrote, "she appears to have ranked 207th in Northern California in the under-12 girls division, with an overall win/loss record of 2-8."

In a statement, Georgetown said the school was "deeply disappointed" to learn of the criminal charges against Ernst, and said he "has not coached our tennis team since December 2017, following an internal investigation that found he had violated University rules concerning admissions. Georgetown cooperated fully with the government's investigation."

After leaving Georgetown, Ernst was hired as the University of Rhode Island's tennis coach. The school said Tuesday he had been placed on administrative leave.

Loughlin and her husband, fashion designer Mossimo Giannulli, were accused of paying $500,000 in bribes so their two daughters would be designated as recruits for the University of Southern California crew team - even though they were not part of the team. That helped the pair get into USC, according to the complaint.

Some of the money was directed to Donna Heinel, a USC athletics official, the complaint alleges. In a statement, USC officials said the school is cooperating with the federal investigation and has launched its own review.

Jovan Vavic, the former water polo coach at USC, was charged with taking bribes to pretend students flagged by Singer were recruits for the team. Prosecutors alleged Singer paid private school tuition payments for Vavic's children, under the guide of a fabricated scholarship. Vavic did not return an email seeking comment.

USC said Tuesday that Heinel and Vavic had been fired.

"We understand that the government believes that illegal activity was carried out by individuals who went to great lengths to conceal their actions from the university," the statement says. "USC is conducting an internal investigation and will take employment actions as appropriate . . . the university is reviewing its admissions processes broadly to ensure that such actions do not occur going forward."

Besides fake athletic credentials, the other main thrust of Singer's schemes involved cheating on college entrance exams. Sometimes, that was done by paying a 36-year-old Florida man, Mark Riddell, to take the tests for students. Riddell was so proficient at the exams that he could get a perfect score, or calibrate his answers to get very high marks, but not a perfect score, the U.S. attorney said. Riddell also agreed to plead guilty in the case and cooperate with investigators, according to officials. Riddell did not immediately return messages, and no attorney was listed for him in court records.

Other defendants are accused of bribing college entrance exam administrators to facilitate cheating - in some cases, providing students with answers to exams or correcting their answers after they had completed the exams, according to the criminal complaint filed in federal court.

Prosecutors said a key element of the test-cheating scheme was to make arrangements for the tests to be administered privately over a two-day period, making it easier for Riddell stand in for the students, or for a corrupt test administrator to fix the answers.

Huffman is accused of paying $15,000 - disguised as a charitable donation - to the Key Worldwide Foundation so her oldest daughter could participate in the scam. A confidential informant told investigators that he advised Huffman he could arrange for a third party to correct her daughter's answers on the SAT after she took it. She ended up scoring a 1420 - 400 points higher than she had gotten on a PSAT taken a year earlier, according to court documents.

Huffman also contemplated running a similar scam to help her younger daughter but ultimately did not pursue it, the complaint alleges.

Other defendants include William McGlashan, a senior executive at a global private equity firm, TPG Growth, which is a major investor in the ride-share service Uber and the music-streaming app Spotify.

A TPG spokesman said "as a result of the charges of personal misconduct against Bill McGlashan," he has been placed on "indefinite administrative leave effective immediately."

According to the criminal charges against McGlashan, he and Singer agreed to trick admissions officials at USC into believing McGlashan's son was a kicker for a football team - even though his high school didn't have a football team. Singer offered to edit an image of the child's head onto a photo of a football kicker, officials alleged. As they discussed it, McGlashan said the situation was "pretty funny," court documents say. "The way the world works these days is unbelievable."