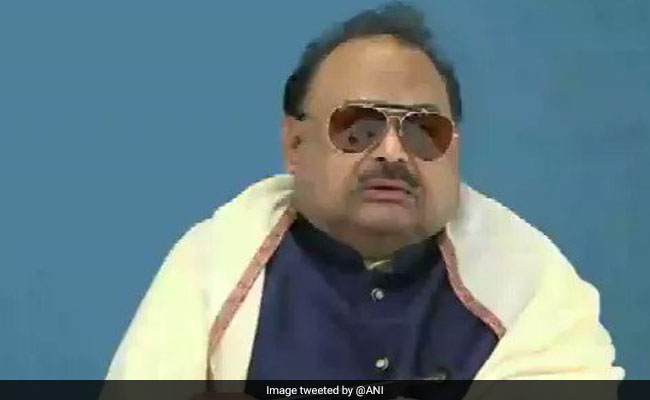 Altaf Hussain, 65, requested asylum in the 1990s and later got the UK citizenship.

Pakistan's Muttahida Quami Movement (MQM) founder Altaf Hussain, living in exile in the UK, has said that the revocation of Article 370 by the Indian government is an internal matter of India and a decision which has the overwhelming support of the people of India.

Mr Hussain, 65, requested asylum in the 1990s and later got the UK citizenship. But he maintains a firm grip over the MQM - one of Pakistan's biggest political parties - and its main power base, the financial capital of Karachi.

In a live address broadcast on Saturday, Mr Hussain is seen daring Pakistan to "annex" Pakistan-occupied Kashmir (PoK) in reaction to the Indian government's decision that withdrew the special status to Jammu and Kashmir.

"It was the decision of the Indian government with the overwhelming support of the people of India. If Pakistan has the courage, they should also annex PoK into Pakistan," said Mr Hussain.

"The revocation of Article 370 by the Indian government was absolutely an internal matter of India," he said.

The MQM has dominated politics in Karachi for three decades because of its support in the densely populated working class neighbourhoods of Urdu-speaking Muhajirs, who migrated from India when Pakistan was created in 1947.

In his latest address, Mr Hussain said that Pakistan's civil and military establishments have been misleading and duping the masses of the country over the issue of Kashmir for the past 72 years.

"Pakistan's military junta and civilian leaders should now stop this drama once and for all or else they should drive the military into the J&K and liberate it," he said.

"Pakistan misuses Kashmiris and drives them to a corner where they have no choice except to hoist Pakistani flag and chant slogans for making J&K part of Pakistan," he added.

He also accused the Pakistani regime of allowing the "cold blooded collective murders of Mohajirs, Balochs, and Pashtuns", adding that it was very disappointing that the Indian media ignores such "genocide".

Some versions of the video publicised by the MQM Secretariat show Mr Hussain singing ''Sare Jahaan Se Achcha Hindustan Hamara'' as a sign of support for India. However, the exact timing and location of the video remains unverified.

Mr Hussain had delivered a fiery speech on August 22, 2016, after which his party workers vandalised a media office in Karachi and chanted anti-Pakistan slogans.

The MQM chief had not only raised slogans against Pakistan but also called the country "a cancer for entire world".