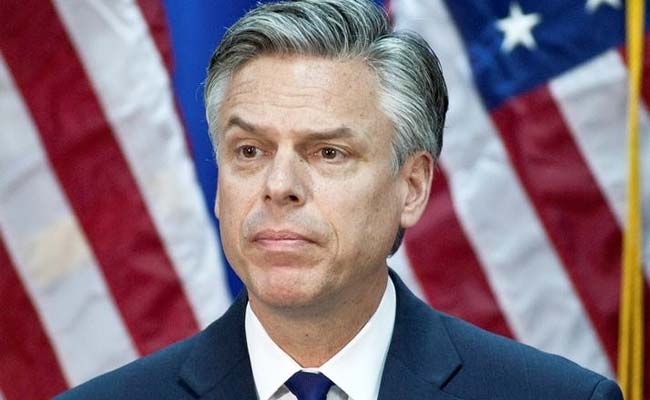 The job, which requires Senate confirmation, would put Huntsman in Moscow at a time when US-Russian ties have sunk to a post-Cold War low.

Huntsman served as ambassador to China under Democratic President Barack Obama before launching an unsuccessful bid for the 2012 Republican presidential nomination.

Trump has said he wants to improve relations with Russian President Vladimir Putin, which deteriorated under Obama over issues including Russia's annexation of Ukraine's Crimea and the two countries' backing of opposing sides in the Syrian civil war.

The tensions peaked in December when Obama expelled 35 Russian suspected spies after US intelligence agencies concluded that Russia hacked and leaked Democratic emails during the 2016 election campaign as part of an effort to tilt the vote in Trump's favor. The Kremlin has denied the allegations.
© Thomson Reuters 2017

(This story has not been edited by NDTV staff and is auto-generated from a syndicated feed.)
Comments
Jon HuntsmanDonald TrumpUS Ambassador To Russia