The statement was Tillerson's first response to Haley's characterization of a White House meeting in which she said he and John Kelly, then Trump's chief of staff, told her that they were seeking ways around Trump to "save the country." 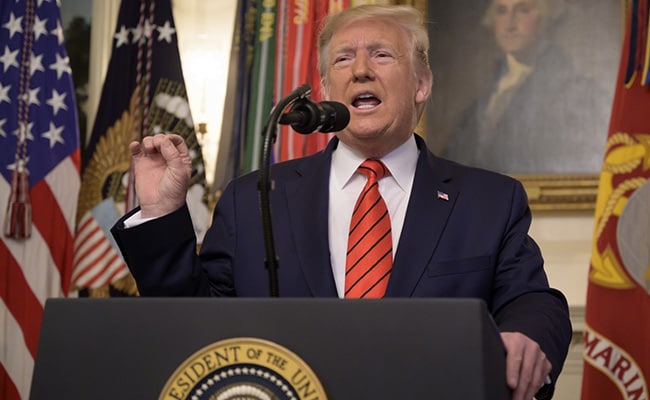 Former secretary of state Rex Tillerson denied Monday that he sought to undermine or work against President Donald Trump, as former U.N. ambassador Nikki Haley claims in a new memoir of her time in the administration.

"During my service to our country as the Secretary of State, at no time did I, nor to my direct knowledge did anyone else serving along with me, take any actions to undermine the President," Tillerson said in a statement to The Washington Post.

"My conversations with the President in the privacy of the Oval Office were always candid, frank, and my recommendations straightforward. Once the President made a decision, we at the State Department undertook our best efforts to implement that decision," Tillerson said. "Ambassador Haley was rarely a participant in my many meetings and is not in a position to know what I may or may not have said to the President. I continue to be proud of my service as our country's 69th Secretary of State."

The statement was Tillerson's first response to Haley's characterization of a White House meeting in which she said he and John Kelly, then Trump's chief of staff, told her that they were seeking ways around Trump to "save the country."

Haley wrote that after an Oval Office disagreement over U.N. funding for Palestinians, Tillerson and Kelly argued to her that she should work with them to divert U.S. policy from what they considered reckless Trump policies. She refused, she wrote in the new book, "With All Due Respect."

"Kelly and Tillerson confided in me that when they resisted the president, they weren't being insubordinate, they were trying to save the country," Haley wrote.

"It was their decisions, not the president's, that were in the best interests of America, they said. The president didn't know what he was doing," Haley wrote.

Tillerson also told her that people would die if Trump was unchecked, Haley wrote.

Haley described Tillerson as "arrogant and condescending," and said he resented her access to Trump. Tillerson did not address those allegations directly.

"It was no secret that Rex and I had our differences," Haley wrote early in the book. "He gave off the unmistakable impression that he knew more than everyone else in the room - including the president," she wrote. "Dealing with Rex could be exhausting."

Trump's relationship with Tillerson, a former Exxon Mobil chief executive, deteriorated over Trump's first year in office. The two disagreed over policies including U.S. participation in the Iran nuclear deal and the Paris climate accord, and Trump came to see Tillerson as opposed to his "America First" agenda of immigration restrictions and international disengagement.

Trump fired Tillerson via Twitter in March 2018. Haley left on good terms with Trump at the end of that year.

"I had been a chief executive too. I thought like one and I acted like one," Haley, a former South Carolina governor, wrote of her dealings with Tillerson.

"But from the beginning, Rex had different ideas about how the lines of authority and decision-making would be drawn," Haley wrote. "He was dismissive of my opinions, and he didn't make any secret about the fact that he believed his views carried more weight."

"In NSC meetings, President Trump frequently would ask for my view. He would listen to Defense Secretary James Mattis and Secretary Tillerson. And then he would ask me for my opinion. I would tell him directly and honestly. This seemed to annoy Rex, particularly when I disagreed with him, which I often did."

In his own statement issued Sunday in response to Haley's claims, Kelly said that if providing the president "with the best and most open, legal and ethical staffing advice from across the [government] so he could make an informed decision is 'working against Trump,' then guilty as charged."