Ex-Guru to Charlie Hebdo Killer is Nurse at Victims' Hospital 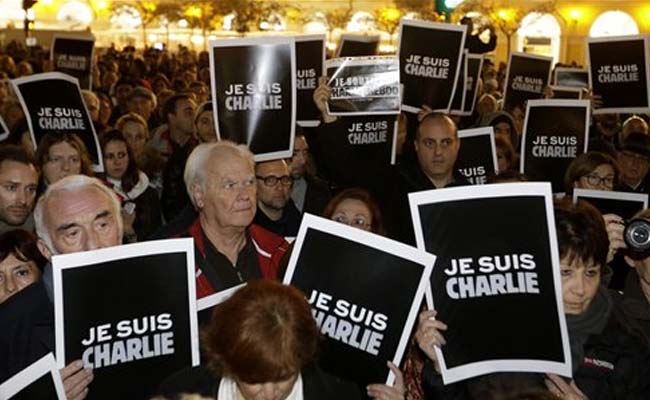 People attend a demonstration in solidarity with those killed in an attack at the Paris offices of Charlie Hebdo, at the French Consulate in Barcelona on January 7. (Associated Press)

Paris: In a bizarre twist, the former spiritual guide to one of the gunmen behind the mass killing at French satirical weekly Charlie Hebdo was working at the same hospital where some of the massacre's victims were taken.

Farid Benyettou, who was convicted in 2008 of being a holy war recruiter, is a trainee nurse at the emergency services of Pitie-Salpetriere Hospital, Paris Hospitals' spokeswoman Clemence Remy said.

Benyettou, whose past was known to administrators and whose training is almost over, was taken off the roster as a precaution.

He "never had contact with victims from Charlie Hebdo," Remy said in a brief email.

Benyettou's interest in nursing is a long way from his past role as a hard-core fundamentalist Muslim who pointed his followers toward jihad in Iraq. In 2008, he would receive a six-year sentence for conspiracy to commit terrorism.

Among his former students was Cherif Kouachi, one of a pair of brothers who opened fire in and around Charlie Hebdo's office in Paris on Wednesday, killing 12 people. Several more were wounded, and some of the victims were sent to Pitie-Salpetriere. The Kouachi brothers were killed in a standoff with police about 40 kilometers (25 miles) northeast of Paris on Friday.

Promoted
Listen to the latest songs, only on JioSaavn.com
A Facebook message sent to Benyettou wasn't returned. His account was deleted after The Associated Press got in touch.