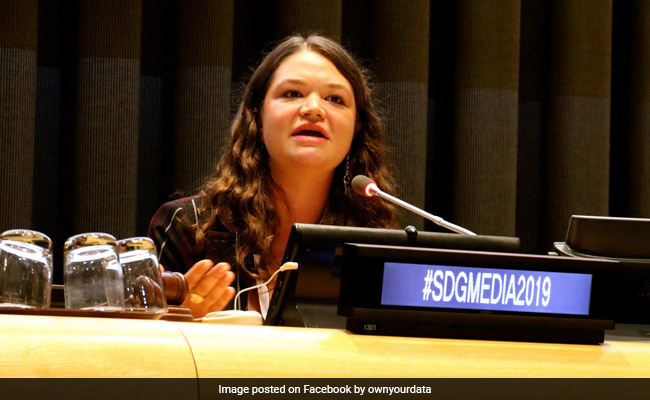 "I do this to strengthen the case for data rights," said Brittany Kaiser

The Cambridge Analytica scandal is far from over. New explosive details leaked by a whistleblower shows that the extent of the rot is far deeper than previously thought.

An anonymous Twitter account, @HindsightFiles, has started releasing the documents, apparently on behalf of Brittany Kaiser, a former employee of the now-defunct British data analytics and consulting company Cambridge Analytica.

"Democracies around the world are being auctioned to the highest bidder. We release the documents that explain how," reads the biography of the @HindsightFiles.

"Over the past two years, I have given evidence to investigators, journalists and academics to analyse what happened at Cambridge Analytica, and how our data was used to influence democracies around the world. In the name of shedding light on these dark practices, I am releasing documents and emails in full for the public good," Ms Kaiser, who worked with Cambridge Analytica from 2014 to 208, was quoted as saying.

"I do this to strengthen the case for data rights and enforcement of our electoral laws online globally. We should all be seeking more ethical digital future for ourselves and our children," added Ms Kaiser who starred in the Oscar-shortlisted Netflix documentary "The Great Hack".

The details released so far includes links to material on the firm's activities in Malaysia, Kenya, Brazil and Iran, an addition to the John Bolton archive.

Over the next months, more than 100,000 documents relating to work in 68 countries are set to be released, according to a report in The Guardian.

More than one and a half year after the Cambridge Analytica scandal first became public, US regulators last month said that the now-defunct British data analytics and consulting company engaged in deceptive practices to harvest personal information from tens of millions of Facebook users for voter profiling and targeting.

According to Ms Kaiser, the Facebook data scandal was part of a much bigger global operation designed to manipulate people in collaboration with governments, intelligence agencies, commercial companies and political campaigns.

The unpublished documents contain material that suggests the firm collaborated with a political party in Ukraine in 2017 even while under investigation as part of Robert Mueller's investigation into Russian interference in the 2016 US presidential election, said The Guardian report.

"There are emails between these major Trump donors discussing ways of obscuring the source of their donations through a series of different financial vehicles. These documents expose the entire dark money machinery behind US politics," Ms Kaiser was quoted as saying.

Similar tactics were deployed in other countries that Cambridge Analytica operated in, including Britain, she claimed.

Umno, according to the leaks, requested the company to prepare a proposal to regain 13 seats, The South China Morning Post reported on Saturday.

In 2018, Najib Razak claimed that he had never engaged Cambridge Analytica in any way.