'Every Indication' Vladimir Putin Plans Force In Ukraine By Mid-February: US

The United States and its EU allies accuse Russia of seeking to upend European stability by threatening an invasion of Ukraine. 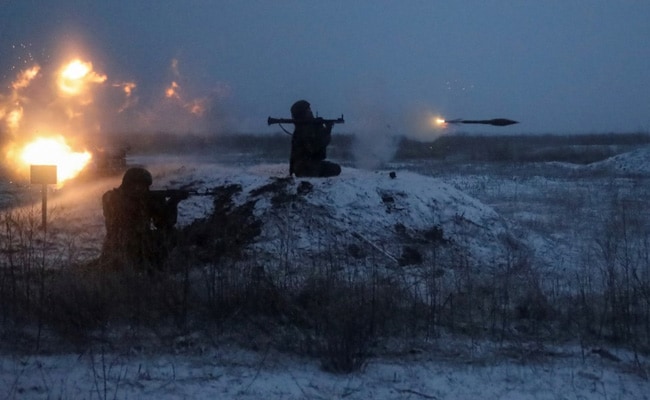 The United States believes that Russian President Vladimir Putin remains poised to use force against Ukraine by mid-February despite a pressure campaign to stop him, a top diplomat said Wednesday.

"I have no idea whether he's made the ultimate decision, but we certainly see every indication that he is going to use military force sometime perhaps (between) now and the middle of February," Deputy Secretary of State Wendy Sherman told a forum.

Sherman, who met with her Russian counterpart earlier this month in Vienna in an attempt to warn Moscow against invading its neighbor, said that Putin's planning may be affected by the Winter Games in Beijing, which the United States and several allies are boycotting due to human rights concerns.

"We all are aware that the Beijing Olympics begin on February 4, the opening ceremony, and President Putin expects to be there," Sherman told the Yalta European Strategy forum.

"I think that probably President Xi Jinping would not be ecstatic if Putin chose that moment to invade Ukraine, so that may affect his timing and his thinking."