Emmanuel Macron and Angela Merkel, the EU's most powerful leaders, are the deal's backers, but are facing bitter opposition from the Netherlands and other "frugal" smaller but rich nations of the north. 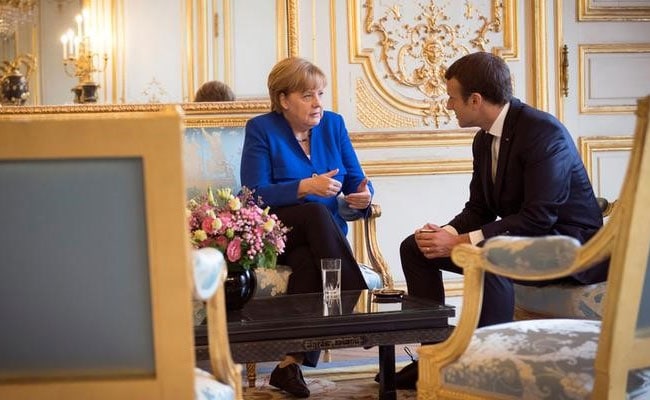 French President Emmanuel Macron and German Chancellor Angela Merkel on Monday expressed cautious hope for an agreement on a post-coronavirus recovery plan, on the fourth day of a marathon EU summit in Brussels.

Painful discussions resumed with what Macron said was "the possible hopes of a compromise", but he added: "Nothing has been agreed yet, so I will remain extremely cautious".

"There's a spirit of compromise that's there, there have been some very tense moments and some moments that will no doubt be difficult again", he said.

He spoke as the 27 EU leaders began gathering for another session of talks after three days and nights of prolonged wrangling failed to agree the 750-billion-euro rescue package.

Macron and Merkel, the EU's most powerful leaders, are the deal's backers, but are facing bitter opposition from the Netherlands and other "frugal" smaller but rich nations of the north.

"Last night... we put in place a framework for a possible agreement," said Merkel.

To placate the Netherlands, EU Council President Charles Michel is expected to propose that the level of grants in the package is reduced to 390 billion euros, compared with 500 billion eurios in the initial proposal.