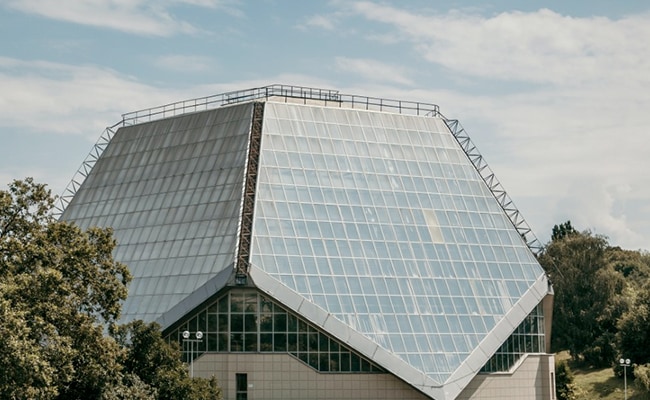 Findings of this study were published in the scientific journal Nature (Representative Image: Unsplash)

Your windows may soon produce power, thanks to transparent solar panels. A group of scientists at Ecole Polytechnique Federale de Lausanne (EPFL) in Switzerland developed a new kind of dye-sensitized solar cell (DSC). Scientists are now paving the way for electricity-generating windows that can help power homes and devices.

The transparent panels use photosensitised dye attached to the surface of a semiconductor to convert visible light into energy, reported Euronews. The previous versions of DSCs were reliant on direct sunlight, but scientists have found a way to make transparent photosensitisers - molecules that can be activated by light - that can "adsorb" light across the entire visible light spectrum.

The findings of this study were published in the scientific journal Nature. The author of the study wrote, "Our findings pave the way for facile access to high-performance DSCs and offer promising prospects for applications as power supply and battery replacement for low-power electronic devices that use ambient light as their energy source."

The transparent solar panels are flexible and can be manufactured in a wide range of colours at an affordable price. These panels are already being used in skylights, greenhouses and glass facades.

Euronews reports says that energy-generating windows have been on the market for a number of years but they had limited capacity for generating electricity.