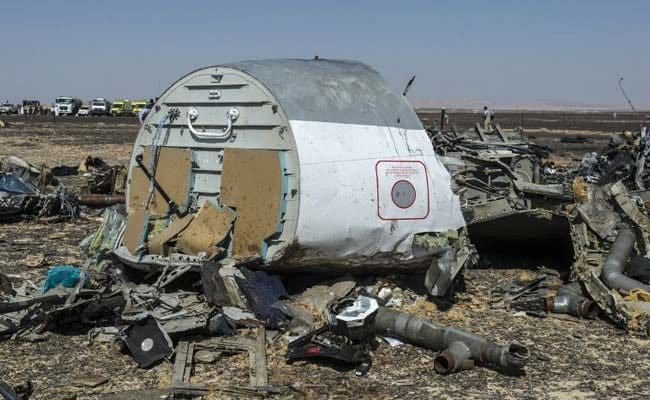 Debris of the Russian airliner lie on the ground a day after the plane crashed in Egypt's Sinai Peninsula, on November 1, 2015. (AFP)

Cairo, Egypt: Egypt said today it would take into account Russia's conclusion that a bomb brought down a passenger plane over the Sinai Peninsula last month but its investigation had so far found no evidence of criminal action.

The comments were made at a joint news conference held by the prime minister and several cabinet ministers in Sharm al-Sheikh, the Red Sea resort from which the doomed plane took off.

The interior minister said if any security lapse was to blame for the crash then those behind it would be punished. However, no evidence of a security lapse had so far been discovered, he said. Egyptian authorities had increased security at all airports and now searched all bags and passengers, he added.
© Thomson Reuters 2015