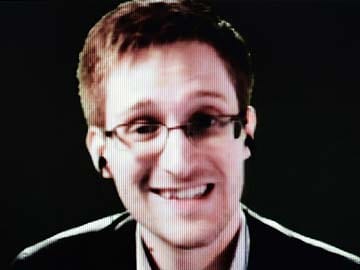 New York: Hero or traitor? America is still polarised over Edward Snowden and whether the newspapers that exposed the extent of National Security Agency's vast global spying network should be lauded or condemned.

Ten months later, the question on journalists' lips is whether America's most prestigious journalism prize, the Pulitzers, will honour them when the annual awards are announced Monday.

For most journalists, there is no debate.

In arguably the most influential story of the decade, The Guardian and The Washington Post broke sensational new ground by exposing how the US government monitors the data of millions.

But the leaks embarrassed the government, strained relations with allies angered that Americans had been tapping into the private phone calls of leaders and sparked a debate within the United States on the merits and morality of mass surveillance.

Public opinion is at worst divided. Many believe Americans have a right to know what the government is doing. Others say Snowden is a traitor and a criminal who should be prosecuted.

"These are fabulous pieces of journalism on the one hand, but on the other hand the documents were leaked, they were classified, they were distressing to the US government," Janensch said.

"And the person who provided the information took refuge in Russia, so I understand there can be serious debate."

- Journalists as 'accomplices' -
In January, Director of National Intelligence James Clapper suggested that journalists reporting on the leaks had acted as Snowden's "accomplices."

Glenn Greenwald and Laura Poitras, US journalists who interviewed Snowden in Hong Kong, returned home to the United States on Friday for the first time after breaking the story.

They told reporters after receiving a George Polk Award for their coverage with The Guardian's Ewen MacAskill and the Post's Barton Gellman that they fear arrest and being subpoenaed.

"Glenn Greenwald has done what American journalists are supposed to do, which is serve the public interest by shedding a bright light on egregious abuse of power by the government."

There is "tremendous pressure" on journalists to toe the line, Miller said, despite America's relaxed press freedom laws.

"The real journalistic heroes in this country tend to be the mavericks, the eccentrics, those who dare to report stories that are often dismissed derisively as 'conspiracy theory,'" he added.

Media experts say there is no evidence that any of the reporting endangered national security, and Greenwald, Poitras and MacAskill have emphasised how carefully they had treated the material.

Their supporters say it would be damaging for the credibility of the Pulitzer Board, which has a reputation for being conservative, not to honour the biggest scoop in a decade.

"They would have surrendered to the right-wing or the culturally conservative on security questions in American politics," said Christopher Simpson, communications professor at American University in Washington.

American media is considered more conservative on questions of US national security than foreign publications.

"Notwithstanding the Internet and everything else, there's a significant gap between news coverage in the US and Europe, most especially on international issues," Simpson said.

"I think the European coverage defers less to what the CIA might want than the US press does, and that includes The Washington Post and The New York Times."

But Rem Rieder, media editor for USA TODAY, said that public opinion and coverage had evolved over the last 10 months.

Coverage that initially criticised Snowden as a slacker has increasingly focused more on what he disclosed and what Americans should do about it.

Promoted
Listen to the latest songs, only on JioSaavn.com
"Whatever the Pulitzer Board does, the reaction at all levels in our culture will be mixed," Janensch said.