Dozens Of Pregnant Migrants Want Their Children 'To Be American'

President Donald Trump called the migrant caravan heading toward the US-Mexico border a national emergency, saying he has alerted the US border patrol 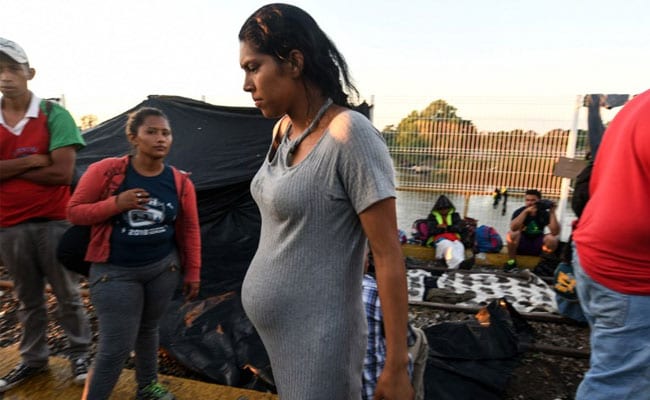 A Honduran pregnant woman taking part in a caravan heading to the US. (AFP)

Two months ago, Marisol Hernandez's husband was gunned down by gangsters for refusing to work for them. For the pregnant 23-year-old, that was the last straw.

She left her two children with her grandmother and decided to set off among thousands of other Honduran migrants in a bid to reach the United States. In her case, because she wants her next child to "be American."

She is far from alone. Dozens of pregnant women are among the migrants, now in Mexico, fleeing poverty and violence in their homeland in search of the American dream.

But the hope that her unborn child will be American and "graduate in something, study, speak English, know about computers and things like that," is being threatened by President Donald Trump's apparent determination to abolish birthright citizenship for the children of illegal immigrants and non-citizens.

"It's ridiculous. And it has to end," said Trump of the US Constitution's 14th Amendment that grants US citizenship to those born on US soil.

For now, Hernandez is hoping that in six months' time, her newborn baby will become a citizen of the United States.

Her story is a harrowing, but typical of those amongst the estimated 7,000-strong caravan heading through Mexico toward California.

She used to work in a clothing shop but two months ago "mareros," gang members, killed her husband with "a bullet between the eyes" on his doorstep as he returned from work.

"He refused to work as an extortionist," said Hernandez. The next day, she started receiving threats.

She left her two children behind "because I can barely feed them" and set off in search of a better future.

For the last two weeks, she's been sleeping in the street without a roof over her head and walking for 10 hours a day, when not hitch-hiking on trucks giving rides to migrants.

The road is long and Hernandez is beset by doubts.

"At times I want to go back because I feel like neither I nor the child will manage" the rest of the journey, she said in a moment of rest from lugging her heavy suitcase.

The route became longer last Friday when the majority of undocumented migrants voted in favour of diverting from the Pacific highway running up to California and headed inland to Mexico City to ask for legal documents that would allow them to travel freely around the country.

Hernandez is gradually regaining her strength to continue the slog so that her child can grow up far away from "the parasites" in her home country who use threats to recruit children into their gangs.

She has no intention of taking up Mexican President Enrique Pena Nieto's offer to stay in the country because it's on condition of claiming asylum and living in the largely impoverished and indigenous-populated states of Oaxaca and Chiapas.

"It would be the same as living in Honduras," complained Hernandez.

She says she's heard medical volunteers accompanying the caravan claim there are 42 pregnant women in the group.

"We've seen a lot of pregnant women but they don't come to us. It seems like they don't trust us," said Julio Mendoza, a medic in the town of Huixtla.

Julia Martinez, a nurse who's been handing out vitamins to women, says she's seen some that up to "30 weeks pregnant."

It's not just Hondurans on the long march to the US. 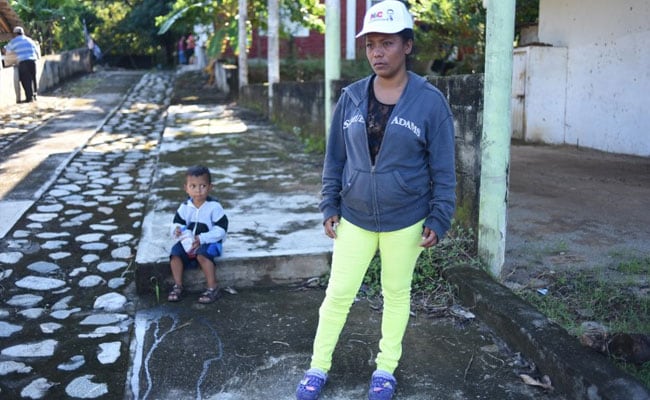 Salvadoran Delmer Roxana Martinez, 29, is three months pregnant and traveling with her three-year-old son, husband and cousin but she left behind a nine-year-old daughter in San Salvador.

"God knows that it's not out of ambition (but) it would be beneficial to the family" if her child were born in the US, she says.

Stephanie Guadalupe Sanchez is only 15 but seven months pregnant and walks with difficulty.

"I want a good job and future for my child. It would have a better life if we live there in the United States," she said, before heading off to her bed for the night, in a small space in the central square in the town of Pijijiapan.