In response to the air crash in Ethiopia and Indonesia, several countries have received directives from their aviation regulatory agencies to ground Boeing 737 Max 8s 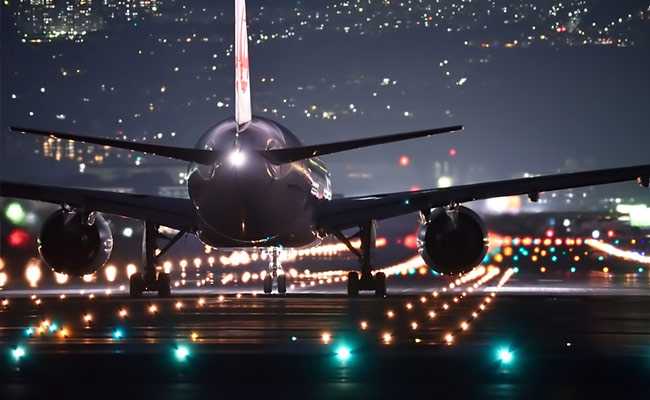 After the Ethiopian Airlines crash, passengers are looking for aircraft with better safety record.

Before Sunday's Ethiopian Airlines crash, most travelers did not give much thought to the type of aircraft they were flying to their destination. All that mattered was the departure time, seat assignment and fare. That's no longer the case. And if it's a Boeing 737 Max 8, they might wonder: How can I get off that aircraft and onto one with a more comforting safety record?

"Ninety-nine percent of the flying public doesn't pay attention to the kind of aircraft," said Madhu Unnikrishnan, editor of Skift, an airline industry publication. "Only a subset of people are interested."

The interest has grown significantly since the second of two crashes involving the 737 Max 8. In October, a Lion Air flight crashed after takeoff in Jakarta, Indonesia. Five months later, the Ethiopian Airlines disaster occurred. The aircraft, which has been in service for less than two years, has completed a quarter-million trips, according to Seth Kaplan, an aviation expert who analyzed information from aviation data provider Diio Mi. But it took only two accidents to rattle the world.

In response to the crashes, a growing number of countries have received directives from their aviation regulatory agencies to ground the fleets of Boeing 737 Max 8s. The list includes the European Union, China, Singapore, Indonesia, Oman, India, the United Arab Emirates, Australia and Malaysia. Individual airlines have also suspended operations, such as Cayman Airways, Royal Air Maroc and Icelandair. The United States and Canada have not issued grounding orders, and American Airlines, Southwest and Air Canada continue to board and book passengers on their 737 Max 8s.

"The FAA will issue a Continued Airworthiness Notification to the International Community (CANIC) for Boeing 737 MAX operators," the FAA wrote in a statement. "The FAA continuously assesses and oversees the safety performance of U.S. commercial aircraft. If we identify an issue that affects safety, the FAA will take immediate and appropriate action."

Unless the situation changes in North America, the decision to travel on a Boeing 737 Max 8 rests in the hands of the passenger. Before you book a flight online, check the aircraft type scheduled for your desired route. The grid of results usually displays the model along with the departure time, flight number, layover city and other details. For example, passengers on a Southwest flight from Washington Dulles to Las Vegas via Denver fly on a Boeing 737 Max 8 for both legs. However, a later flight through Atlanta uses a Boeing 737-800. Unnikrishnan said the airlines also share this information on their apps.

Even if you have booked yourself on a different aircraft, the airline could swap out planes last minute because of a mechanical or weather-related issue. To learn about a possible aircraft change, call the carrier before your departure. Then double-check at the airport. Ask an airline employee at the check-in counter or gate. Unnikrishnan said many carriers also post the aircraft type on the airport flight monitors.

If you suddenly find yourself on a 737 Max 8 - or maybe you just discovered that a future flight is on one - reach out to the airline by phone or social media. (For the latter scenario, don't forget that you can cancel or change your reservation without penalty within 24 hours of booking.) Carriers are handling requests to switch aircraft differently. Southwest, for one, will waive the difference in fares.

"We are working with customers individually who wish to rebook their flight to another aircraft type," Southwest said in a statement. "While we don't charge change fees as it is, we will be waiving any potential fare differences there might be in this particular situation."

An Air Canada reservationist said passengers who booked a flight before March 12 can change their ticket to the same destination without paying the ticket difference. However, the change fee, which varies from $75 to $100, will still apply. American Airlines has not altered its policy - change fee plus difference in fare - but is reassuring travelers of the safety of its aircraft.

"Even if it's not the official policy," he said, "they might work with you to change flights."

Your travel insurance policy could cover your new plans if you opted for the Cancel for Any Reason upgrade. With this benefit, travelers receive up to 75 percent of their trip costs. However, the policy is restrictive: You must have purchased it within 21 days of your initial trip payment and must cancel at least two to three days before your departure, according to Jenna Hummer, a spokeswoman with Squaremouth, which compares travel insurance plans.

"There is no to very limited travel insurance coverage for wanting to change carriers due to the recent Boeing Max 8 crash," she said. "Standard travel insurance policies typically don't provide cancellation coverage for situations such as this, including travel warnings and other national or international government-issued advisories."

As a last resort, Kaplan reminds travelers about the "flat tire rule." If you narrowly miss a flight, the airline will typically place you on the next available flight free of charge. Proof of the extenuating circumstances is not required.

(Except for the headline, this story has not been edited by NDTV staff and is published from a syndicated feed.)
Comments
Boeing 737 Max 8Ethiopia Airlines crash