On Saturday, the New York Police Department confirmed that it had conducted a wellness check and made contact with Pete Davidson. 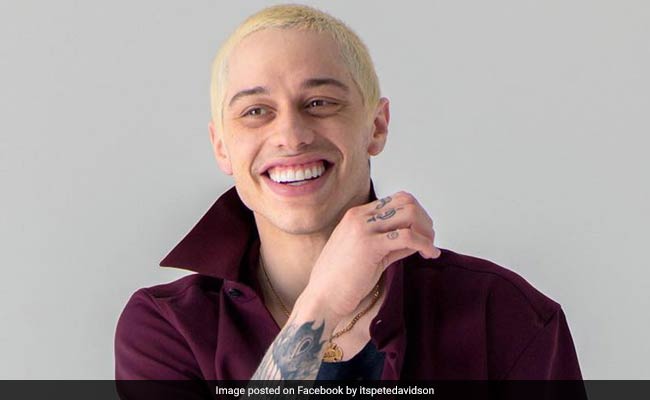 Pete Davidson wrote on Instagram Saturday afternoon that he didn't "want to be on this earth anymore." The post came shortly after the SNL cast member had used the social media platform to applaud Kanye West for speaking openly about his own mental health issues.

Davidson wrote: "i'm doing my best to stay here for you but i actually don't know how much longer i can last. all i've ever tried to do was help people. just remember i told you so."

The alarming message, relayed via a screen shot of Davidson's Notes app, has since been deleted, along with his entire Instagram account. On Saturday, the New York Police Department confirmed that it had conducted a wellness check and made contact with Davidson.

Fans and celebrities have expressed support, including rapper Nicki Minaj, actress Jada Pinkett Smith, TV personality Meghan McCain and rapper Machine Gun Kelly, who tweeted that he was "in the plane now on the way to see Pete." Jon Cryer, who stars alongside Davidson in the upcoming film "Big Time Adolescence," tweeted soon afterward that he heard "Pete Davidson is at SNL and accounted for." (SNL representatives declined to comment.)

Davidson, whose whirlwind engagement to singer Ariana Grande ended in mid-October, has been open about his diagnosis of borderline personality disorder on social media, in interviews and even during "Weekend Update" segments on "Saturday Night Live." Earlier this month, Davidson wrote on Instagram that he had been "getting online bullied and in public by people for 9 months" and that he was "trying to understand how when something happens to a guy the entire world just trashes him without any facts or frame of reference."

He credited his candor to his "hopes that it will help bring awareness and help kids like myself who don't want to be on this earth," adding that "No matter how hard the internet or anyone tries to make me kill myself, I won't."

The events leading up to Davidson's most recent Instagram post involve several artists - mainly West, Grande and rapper Drake - as well as a whole bunch of since-deleted tweets. Bear with us. The backstory gets complicated.

West had been directing hostile messages toward Drake since Thursday afternoon, claiming that the Canadian rapper had threatened West's family and made light of West's mental illness.

Grande's single "Imagine" was scheduled for a midnight release that day, at which point she tweeted, "guys, i know there are grown men arguing online rn but miley and i dropping our beautiful, new songs tonight so if y'all could please jus behave for just like a few hours so the girls can shine that'd be so sick thank u." Miley Cyrus, who is coincidentally set to host "Saturday Night Live" tonight, joined in with a message that ends in rainbow heart emoji: "Didn't they hear the news?! War IS over ! Thank you , next!"

West reacted Saturday morning by sharing a screen shot of Grande's tweet and writing that he considered it "slight commentary." He followed that with another tweet (since deleted), writing that "all of this foolishness weighed on my mental health so @ArianaGrande you know I got love for you but until you're ready to really make sure everyone's ok don't use me or this moment to promote a song."

Hours later, Grande apologized: "With all due respect, i don't need to use anyone to promote anything. period. i was making a comment ab what men were doing at the time vs. women. it was a joke which i understand now was probably insensitive. i apologize if i was in any way triggering and hope u feel well today."

Davidson appeared to reference the tension between West and Grande when he applauded West on Instagram for speaking out about mental health: "I can't explain to you enough how difficult and scary it is to be honest about stuff like this. We need people like Kanye. No one should ever point [a] finger at you for your bravery in speaking about mental health. I'm seriously disgusted."

The comedian had previously addressed West's mental state in a "Weekend Update" segment in response to a meandering pro-Trump rant West delivered after his appearance on the September 29 episode of SNL: "Kanye, I know you're like, 'Yo, this is the real me, I'm off the meds.' Take 'em!" Davidson said. "There's no shame in the medicine game. I'm on 'em, it's great."

Late Saturday afternoon, Grande tweeted that she was "so sorry i told a dumb joke. i really didn't mean any harm. all i want everyone to be healthy and happy. so desperately. please. my god." She has since deleted all the tweets mentioned above.

(Except for the headline, this story has not been edited by NDTV staff and is published from a syndicated feed.)
Comments
Pete DavidsonPete Davidson's Instagram