Trump "Wall" In Desolate Stretch Of New Mexico Has Some Asking: Why Here?

On a recent day, there were none of the usual signs of migrant traffic - no discarded water bottles, clothes or trash. 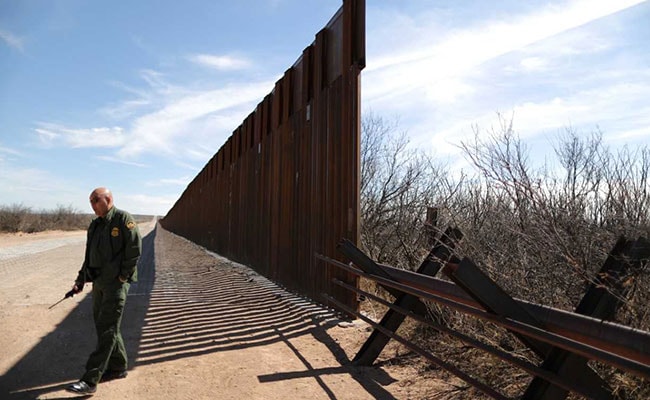 Although the fence does not break new ground, it is the longest section erected to date under Trump.

On a recent day, there were none of the usual signs of migrant traffic - no discarded water bottles, clothes or trash. The radio on a Border Patrol SUV driving along the divide was mostly silent.

To many locals and public officials familiar with the area, the $74-million structure just west of tiny Santa Teresa marks a surprising priority in the Trump administration's efforts to build a wall against illegal immigration, drugs and human trafficking.

"Most of us here say why spend that money? Just dead money going into the middle of the desert," said Jerry Pacheco, president and CEO of the Border Industrial Association, a nonprofit representing industries in southern New Mexico.

The barrier, completed last year, provides an early peek at the administration's efforts to provide the layer of national security President Donald Trump's supporters demand. Although the fence does not break new ground - it replaces less formidable vehicle barriers - it is the longest section erected to date under Trump, who has said generally that he is starting in the most important places.

During more than two dozen interviews by Reuters reporters with the project's opponents and advocates, few described the Santa Teresa stretch as having been a hub of illegal activity. Residents said they had found evidence of drug smuggling, such as packages of marijuana and other drugs dumped in the desert, and had seen individuals or small groups of migrants cross from time to time.

During a recent tour along the Santa Teresa-area wall - or fence, as some call it - a U.S. Border Patrol official explained to a Reuters reporter why the project was necessary.

"This was an extremely popular place for both drugs and people," said supervisory agent Joe Romero, referring to the stretch next to New Mexico Highway 9 where the rust-brown slats rise above mesquite trees and soaptree yuccas.

The agency would not provide figures for migrant apprehensions by the Santa Teresa station before and after the wall was built.

Romero confirmed the Santa Teresa area was not typically a destination for the large groups of immigrants from El Salvador, Honduras and Guatemala seeking asylum in the United States. That is the group Trump has mainly been targeting.

But Romero said the Santa Teresa fence allows the border patrol to police the area with fewer agents and shift manpower to nearby urban and semi-urban areas where the most migrants are now illegally crossing. With agents tied up by large numbers of asylum seekers and their humanitarian needs, the under-staffed agency needs the extra personnel in areas where smugglers are taking advantage of these distractions, Romero said.

A "state of emergency"

Trump's proposed "great wall" extending along the border has come to define his presidency, just as Trump Tower has defined his real estate brand. He cites "an invasion of drugs, invasion of gangs, invasion of people" and says the only way to put a stop to it is a hard barrier along much of the 3,200 km southwest border.

Around 1,046 km of barriers already exist.

The problem for the president is that while his Department of Homeland Security selects possible building sites, including Santa Teresa, the administration generally needs Congress to appropriate the money. And Congress has balked at the billions Trump wants.

On Feb. 15, the president declared a national emergency, which he said would allow him to seize federal funds already appropriated for other programs and use them to build the wall.

On Thursday, the Senate voted to terminate that declaration, setting up an avowed veto by Trump that will be difficult for lawmakers to override.

Amid the political warfare, Santa Teresa is the first significant project to materialize under the president's watch. 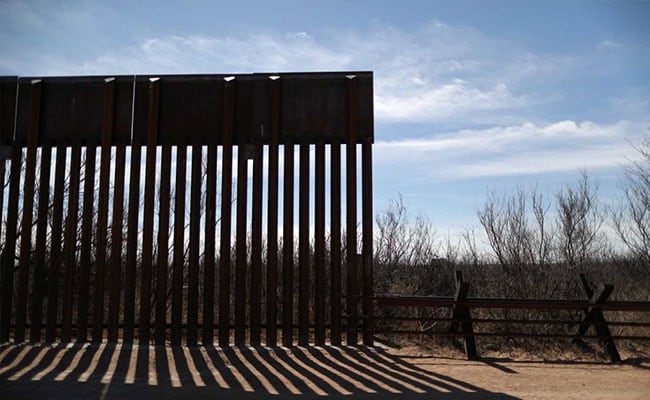 Critics in Congress, including some Republicans, say the project was about politics, not protection.

"They're sending a message - they're not trying to meet operational security needs," said U.S. Senator Martin Heinrich, a New Mexico Democrat, of politicians who favored the project.

Others say expanding on existing barriers provides a relatively quick, easy way for the administration to argue that Trump is delivering on his 2016 campaign promise.

Gabriel Vasquez, a Democrat who serves on the city council of nearby Las Cruces, noted that the relatively small population in the Santa Teresa area meant the project would meet little public resistance. And the federal government already owned most of the land around the border there so did not have to spend time and money buying it from private ranchers or other landholders.

At least one other site for wall-building also is proposed in a desolate location: According to the Washington Post, the Trump administration plans a 31-mile barrier adjacent to a bombing range in the Arizona desert.

"'What is the pressure on this particular area, why are you doing that?'" he recalled asking. "And they said, 'Oh in 2012 there were 300 people and in 2017 there were 500 that they know that crossed" illegally, Udall said.

By comparison, more than 300,000 migrants were apprehended in 2017 across the entire southern border.

Instead of building large, expensive barriers in remote areas, Udall and Heinrich say it makes more sense to invest federal dollars in high-tech detection equipment there.

They also want to improve infrastructure and inspections at the major ports-of-entry, including El Paso (about 15 miles southeast of Santa Teresa), where experts say the bulk of drug smuggling occurs.

Gil Kerlikowske, who was the U.S. Customs and Border Protection commissioner from 2014-2017, suggested that the emphasis on erecting physical barriers was recent.

During his tenure, Kerlikowske said, agents at southwest border stations spoke of the need for a big bag of tools: Predator drones, boats, helicopter support, remote video, ground sensors, research and development of tunnel detection and agents on horseback, ATVs and motorcycles.

Defenders of the wall

Locally, however, the Santa Teresa fence has some defenders.

Former U.S. Representative Steve Pearce, now the chairman of the Republican Party of New Mexico, said that ranchers on the border with Mexico want a wall on their properties, believing it will not only stop immigrants from interfering with their livestock operations but also protect their families from violent drug cartels.

Pearce, an early Trump supporter, added, "I have always felt that the wall by itself has got to be supplemented" with a range of border enforcement tools, from more agents to technology.

Rancher Chip Johns, who said he has found bales of drugs dropped by fleeing smugglers and who sleeps with a gun by his bed, said he felt safer with the fence running along his 250,000-acre property. He hopes it marks just the beginning of a more extensive project.

To stop the wall after 20 miles, allowing drug smugglers to cross where it ends, would be "ridiculous," he said.

(Except for the headline, this story has not been edited by NDTV staff and is published from a syndicated feed.)
Comments
Donald TrumpUS Mexico border wall