Will Consider Accepting Dirt On Opponents From Foreign Governments: Trump

"If somebody called from a country, Norway, 'we have information on your opponent,' oh, I think I'd want to hear it," Donald Trump said in an interview. 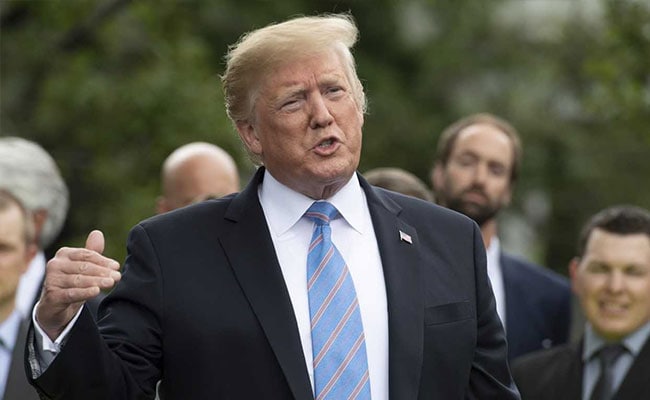 "There isn't anything wrong with listening," Donald Trump said.

President Donald Trump on Wednesday said he would consider accepting damaging information about one of his 2020 political opponents from a foreign government, despite the concerns raised by the conclusion of the intelligence community and special counsel Robert Mueller that Russia attempted to interfere in the 2016 presidential election.

In an interview with ABC's George Stephanopoulos, Trump also said he wouldn't necessarily alert the FBI if a foreign country approached his campaign with "oppo research" about his Democratic challenger.

"I think you might want to listen, there isn't anything wrong with listening," Trump said. "If somebody called from a country, Norway, 'we have information on your opponent,' oh, I think I'd want to hear it."

When Stephanopoulos asked the president whether he'd want that kind of "interference" in American politics, Trump pushed back at the word.

While Mueller found no criminal conspiracy involving the Trump campaign in his probe of Russia's role in the 2016 election, he said unequivocably that the Russians actively tried to influence U.S. politics.

Trump's remarks came as his son Donald Trump Jr. testified in a closed-door hearing with the Senate Intelligence Committee on Wednesday. Trump dismissed the charge that his son should have told the FBI about his contacts with Russians.

"You're a congressman, someone comes up and says, 'I have information on your opponent, do you call the FBI?' " Trump said.

"If it's coming from Russia, you do," Stephanopoulos said, pointing out that Al Gore's campaign contacted the FBI when it received a stolen briefing book and that the FBI director said the agency should have been notified when the Trump campaign received an offer of dirt on Hillary Clinton.