Asked whether Dina Powell was the front-runner, Donald Trump told reporters at the White House: "No, but she's somebody we're talking to." 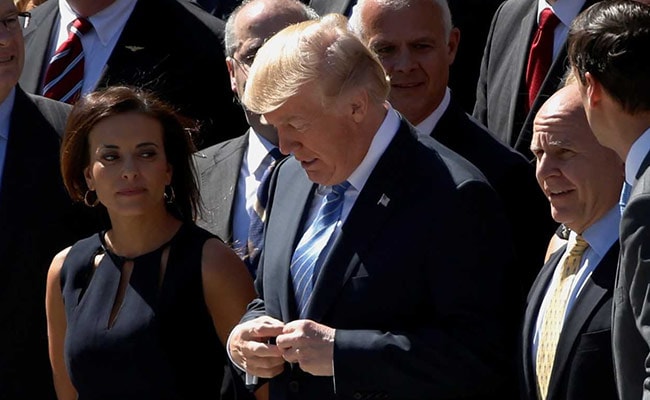 Donald trump said that some of the people under consideration were currently in his administration.

President Donald Trump said on Wednesday his administration was talking to his former adviser and Goldman Sachs executive Dina Powell about possibly succeeding Nikki Haley as the US ambassador to the United Nations, but that Powell was just one of many people under consideration.

Asked whether Powell was the front-runner, Trump told reporters at the White House: "No, but she's somebody we're talking to."

"We're looking at many people," Trump said, adding that some of the people under consideration were currently in his administration. "There are some tremendous, talented people."

Haley, who served as governor of South Carolina before taking the UN job under Trump, said on Tuesday she was stepping down at the end of the year.

Speaking to reporters on Tuesday aboard Air Force One, Trump said he had five people on his short list for UN envoy, including Powell. He said US ambassador to Germany Richard Grenell was not on the list but he was willing to consider him.

Powell served in the first year of the Trump administration as deputy national security adviser for strategy and was a key player in diplomatic efforts in the Middle East and part of the president's inner circle.

She returned to Goldman Sachs, where she worked for more than a decade, this year. She also was a high-ranking State Department official under President George W. Bush.