Describing Prayut's visit as a "great honor," Trump offered a symbolic show of unity with the man behind a 2014 takeover that resulted in Washington cutting aid and cooling relations. 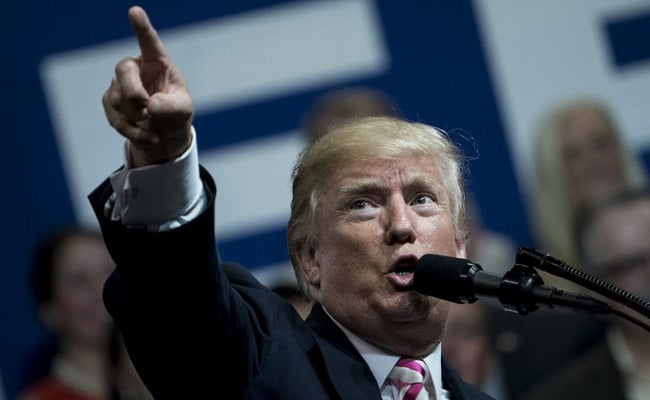 Relations between Bangkok and Washington date back more than 180 years

Describing Prayut's visit as a "great honor," Trump offered a symbolic show of unity with the man behind a 2014 takeover that resulted in Washington cutting aid and cooling relations.

"We've had a long and very storied history with Thailand," Trump said as the pair sat in the Oval Office.

"We have a very strong relationship right now," he added. "And it's getting stronger in the last nine months."

Relations between Bangkok and Washington date back more than 180 years. But Prayut -- who leads Thailand's most authoritarian government in a generation -- is the first Thai leader to visit the White House since 2005.

US military officials are concerned about bumper Chinese weapons buys and losing access Thai military ports -- the only reliable harbor along a vast coastline running from northern China, through Vietnam to Malaysia.

They also gripe that a generation of Thai generals who worked alongside US troops in Vietnam are now being replaced with younger, more Chinese-focused officials.

"We were just mentioning that Andrew Jackson, who is on the wall, was the president when we first developed the big relationship," Trump said, referencing the Oval Office portrait of one of his favorite presidents.

Wearing a black suit and tie -- in honor of late King Bhumibol Adulyadej who will be cremated later this month -- offered "solidarity with American people" after the massacre in Las Vegas and hurricane in Puerto Rico.

"One Prayuth-Trump meeting likely will not heal all the bruised feelings among the Thai political elite," said Murray Hiebert of the Center for Strategic and International Studies.

Promoted
Listen to the latest songs, only on JioSaavn.com
"But it can at least make it possible for the United States to compete again with China for influence in this strategically located country at the heart of mainland Southeast Asia."